Vivaldos was licensed at the Hanoverian licensing in 2018 and was awarded as premium stallion. From day one, he convinced the licensing committee and the audience with his elastic movements, his outstanding mechanics and his presence. Together with his three equally impressive basic gaits, his qualities made him the subject of discussion at the licensing.

This chestnut stallion is very typey, middle framed and is already very well balanced. In his daily work he is always motivated and willing to learn.

The Hanoverian breeding and managing director Dr. Werner Schade said at the announcement of the judgmentsthat he has “an ideal body division, very loose, elastic movements, he has celebrated it here again today".

After a very good year of breeding, he made his show debut in 2020 by winning the riding class in Höven with a final score of 8.6. Shortly after, he was placed on the 4th and 5th position in the Hanoverian Championships and nominated for the "Bundeschampionat".

At his first show in 2021, Vivaldos qualified directly for the Bundeschampionat for 5-year-old dressage horses.

Sire Vivaldi is regarded as one of the best Dutch breeding stallions. He was reserve champion of his performance test and won the Pavo Cup for 5-year-old dressage horses under the saddle of Dutch championship rider Hans Peter Minderhoud in 2007. In the following years, he was very successful in the KNHS/KWPN stallion series and received a mark of 10.0 several times for his trot. Internationally, he was successful up to PSG/Intermediate.

Vivaldos’ dam, the St. Pr. Mare Doris Day, impressed everybody at the age of 3 when she convinced judges of her talents during her mare performance test. In 2010 she won the Herwart-von-der-Decken-Show and Friedrich-Jahncke-Show, was Hanoverian Champion as well as the winner of the “Bundeschampionat” in Warendorf. She produced the Han. Pr. Anw. Fräulein by Ampère (HvdDS 2014 1a) and Fräulein Inez also by Ampère  (HvdDS 2017 1b awarded) as well as the licensed stallion Alphaville by Ampère.

Dam sire Desperados FRH passed his 30-day test in Schlieckau with highest marks and was premium stallion of his licensing. He was Hanoverian Champion 2004 and won double bronze at the Bundeschampionat in 2004 and 2005. Under the saddle of Kristina Bröring-Sprehe he became one of the most successful German dressage horses of the last years. He won and was placed in numerous Grand Prix competitions. In 2016 he won team gold and individual bronze at the Olympic Games in Rio de Janeiro. He was also the undisputed number 1 of the WBFSH World Ranking List Dressage in 2016. 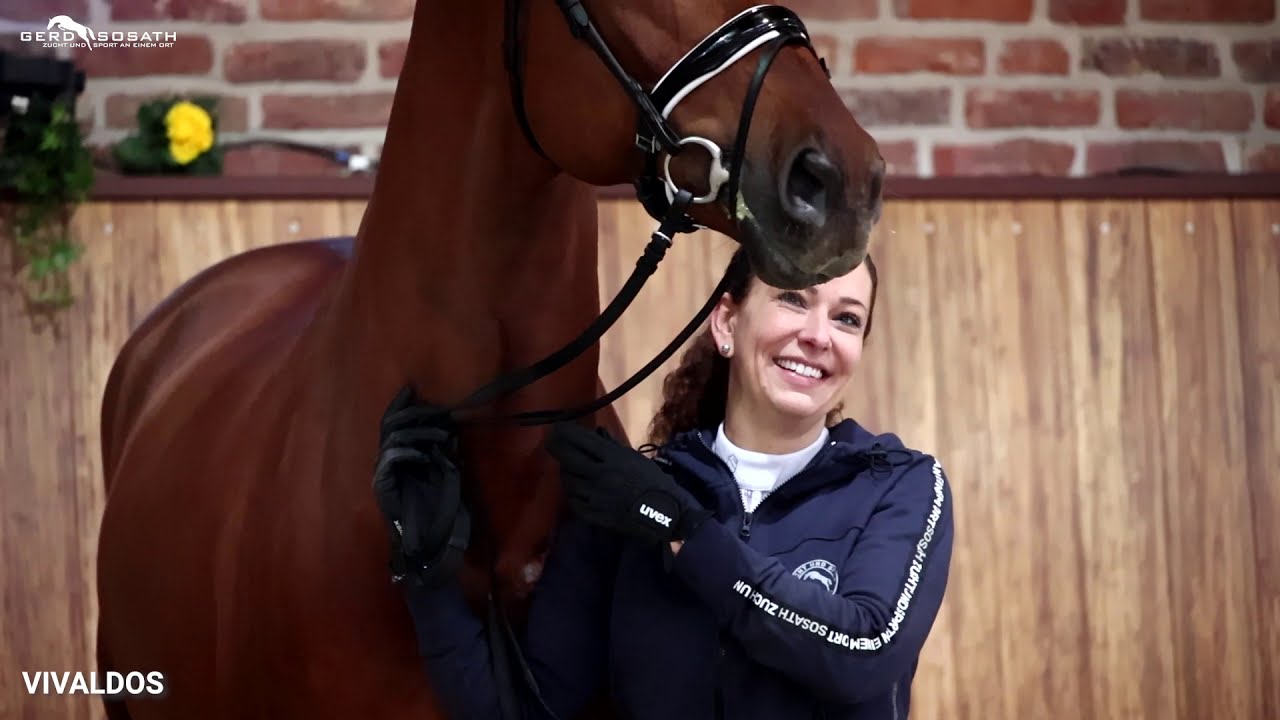 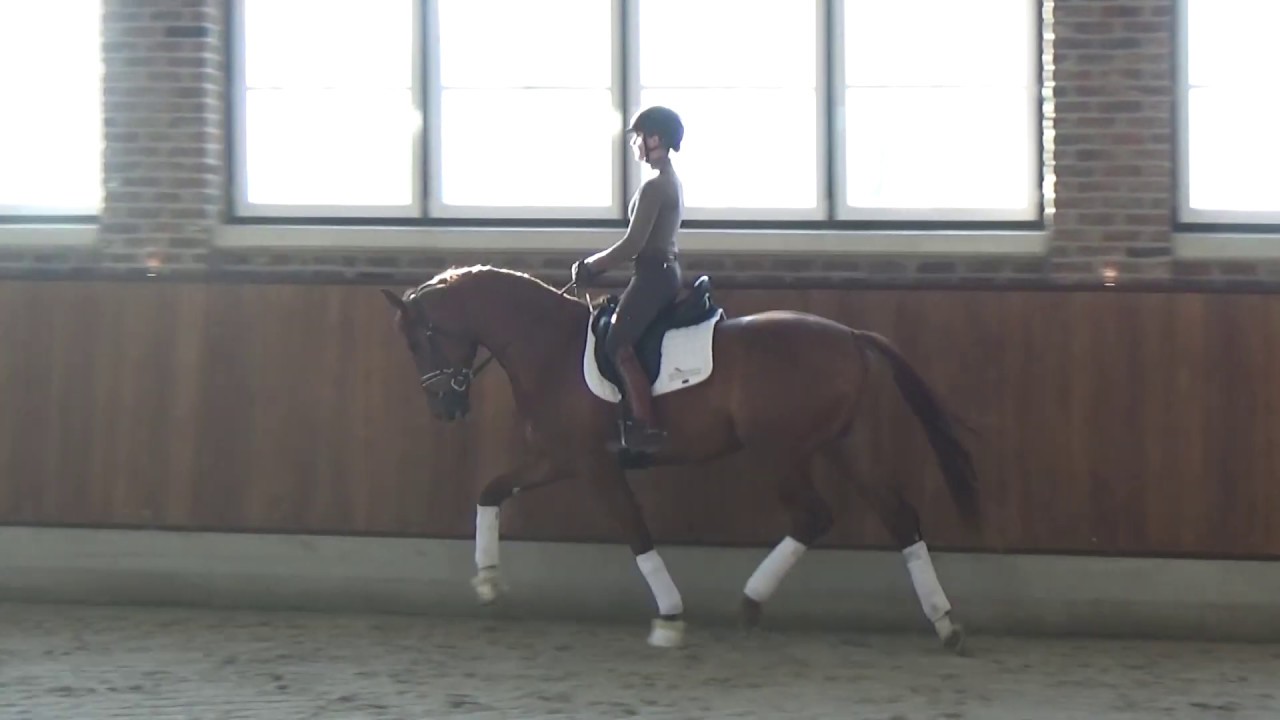 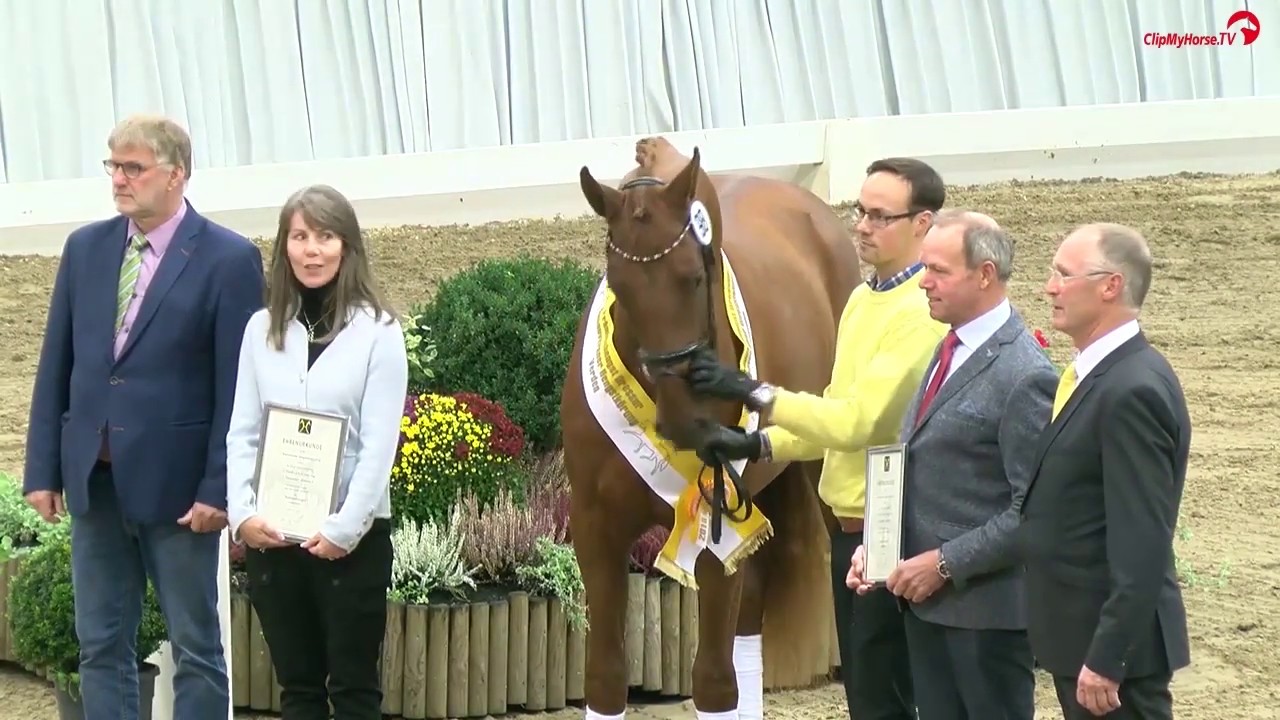 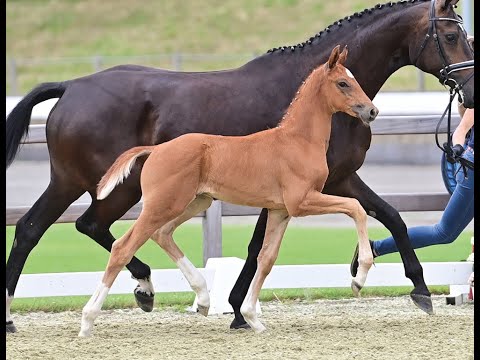 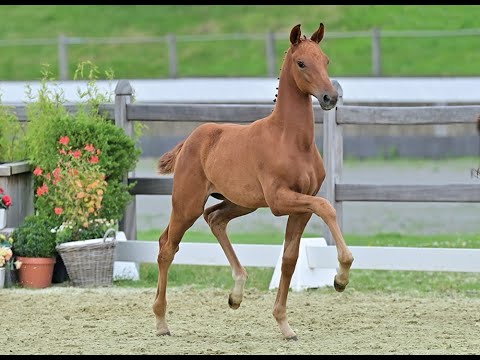 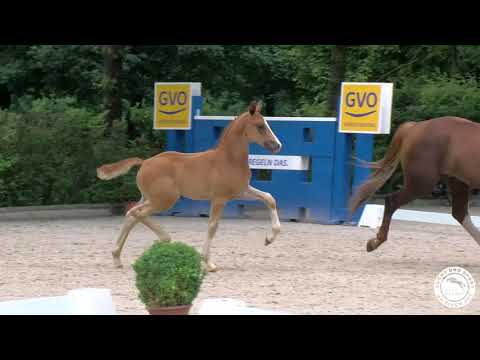 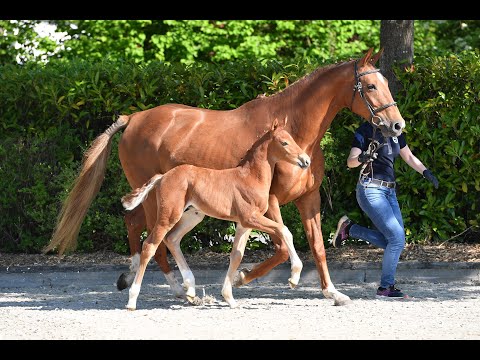 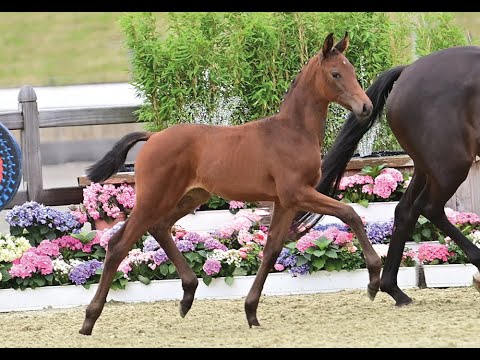 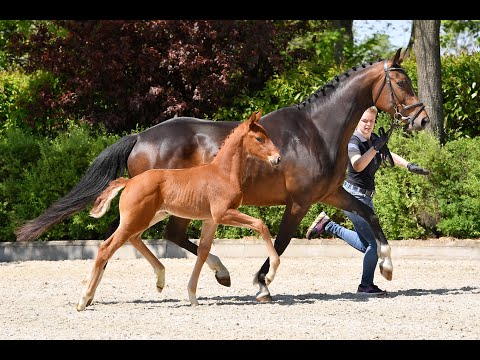 Vivaldos' first foals impress breeders from all over the world. They show an enormous amount of mechanics, a great uphill tendency and carrying power. The foals are very correct in foundation, very typeful with a lot of attachment and charisma.

Vivaldos has already sired numerous auction foals at the various breeding associations. For example, Versace by Vivaldos x Hotline was the most expensive colt among the dressage foals at the Oldenburg auction.

In July 2020, the judges from "the Oldenburger Verband" came to evaluate the first age group. Inge Workel, assistant to the breeding director, was enthusiastic about the "very good types, with a very beautiful face and good neck (...) and equipped with an incredible tact and impulsion in movement". You can watch the video clip on the right.

The colt by Vivaldos x Florencio x Sandro Song impressed with fantastic movements and got ovations for every round. He became the winner and the breeder, Ilse Behrends, got offers "out of every corner". A filly by Vivaldos x Ampère x De Niro became runner-up (breeder Gerd Sosath, owner Bodo Willms, Oldenburg). The elite filly by Vivaldos x Stedinger x Coriander was placed on the third position (breeder Hans and Elsbeth Glindemann, Brokstedt).