Willy Hendrix, Belgium
1.300 Euro (minus 100 Euro cash back for prepayment) plus VAT

Ogano is one of our greatest young hopes - an extremly modern young stallion with excellent riding quality.

In 2018, he built on the successes of the previous year and was placed in serval Youngster classes on M* (1.30m) and M** (1.35m) - level and received extraordinary marks. He qualified for the "Bundeschampionat" of the 6-year-old jumpers. Unfortunately, he was not allowed to compete at the Bundeschampionat as he is a Belgian and not a German warmblood.

In 2017, Ogano finished his stallion sport test as the best 5-year-old with an extraordinary final score of 9.2. He shined with a 10.0 for his scope and his jumping manners received a 9.5.

He finished as runner-up at his first show, second only to his neighbour, Casino Grande.

Ogano's first crop of offspring was so extraordinary that he became Main Premium winner of the Oldenburg stallion-days.

Ogano Sitte's dam Ialta Sitte was internationally successful in big show jumping competitions herself. His granddam Gute Sitte was part of the bronze-winning-team (Belgium) of the Olympic Games 1976 in Montreal. To name the most successful descendants of Ogano Sitte, there are Aganix du Seigneur (Jos Lansink), Ikker (Olivier Philippaerts) and Gaudi (Marcus Ehning and Ludger Beerbaum).

Ogano's dam sire Diarado was winner of the Holstein licensing as well as winner of the stallion performance test, he is successful in 1.50m show. To date, there are more than 60 licensed sons of Diarado.

The grand dam Harmonie XXXI by Cantus is the full sister to the approved and successful jumping horse Cyrano, ridden by Gerd Sosath, and the sport horse Capitano. 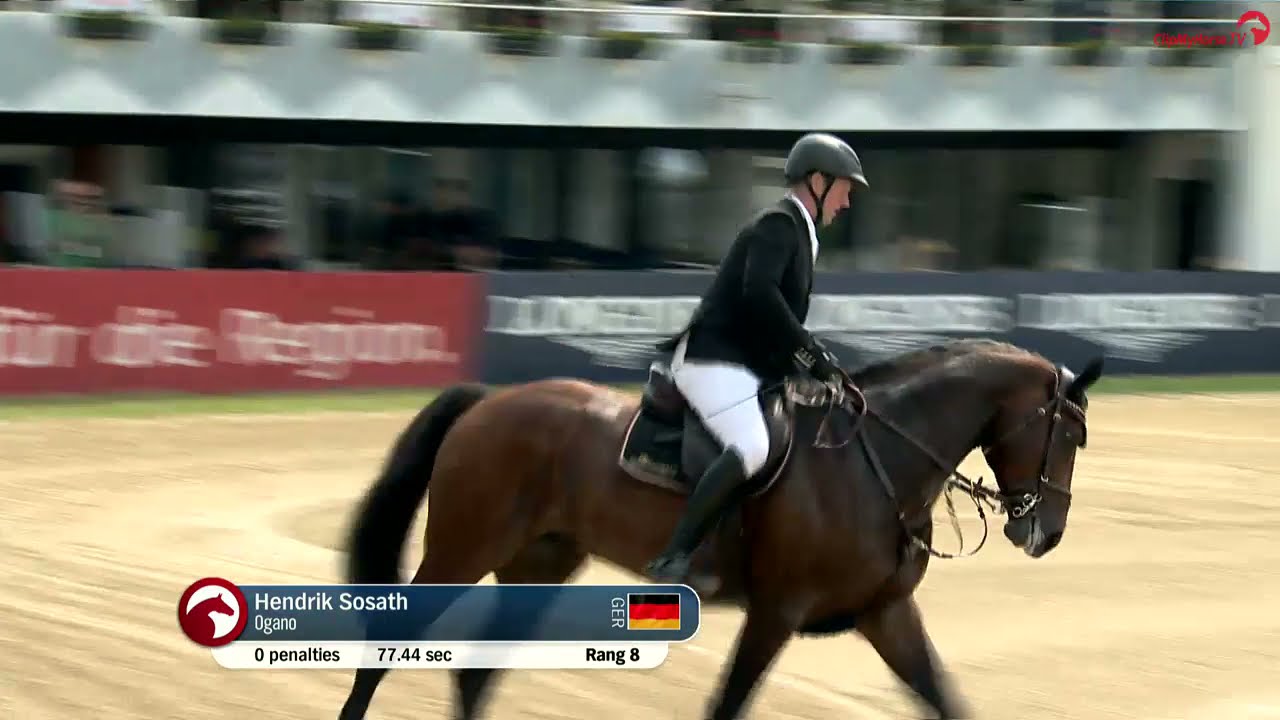 Ogano and Hendrik Sosath clear in the 1.45m jumping competition of the Big Tour at the CSI2* in Balve. 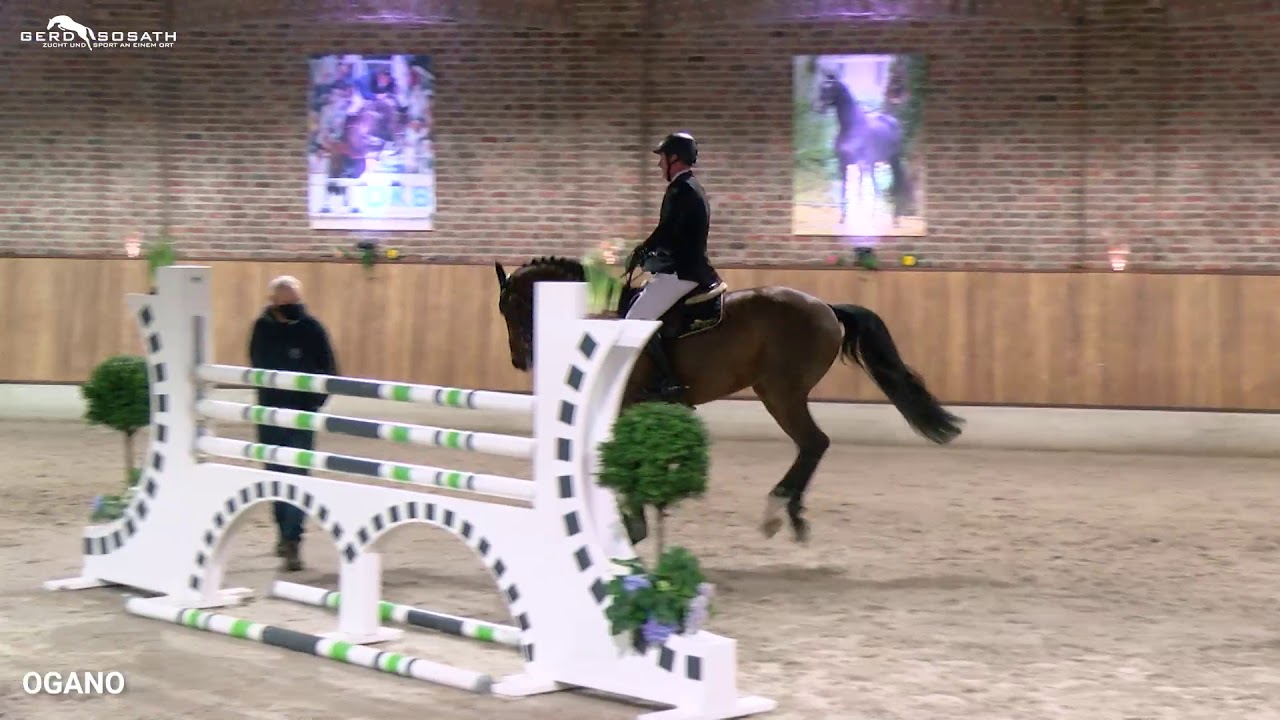 Ogano successful in the international youngster  at CSI Peelbergen (Kronenberg). 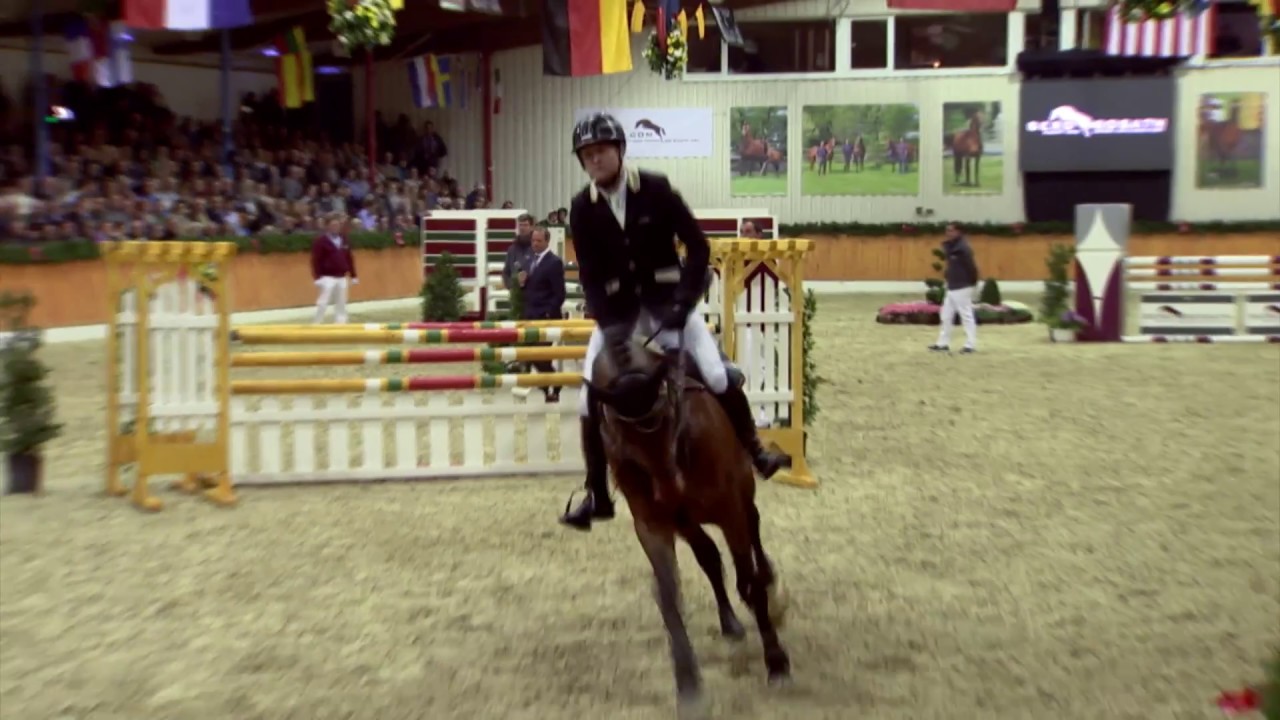 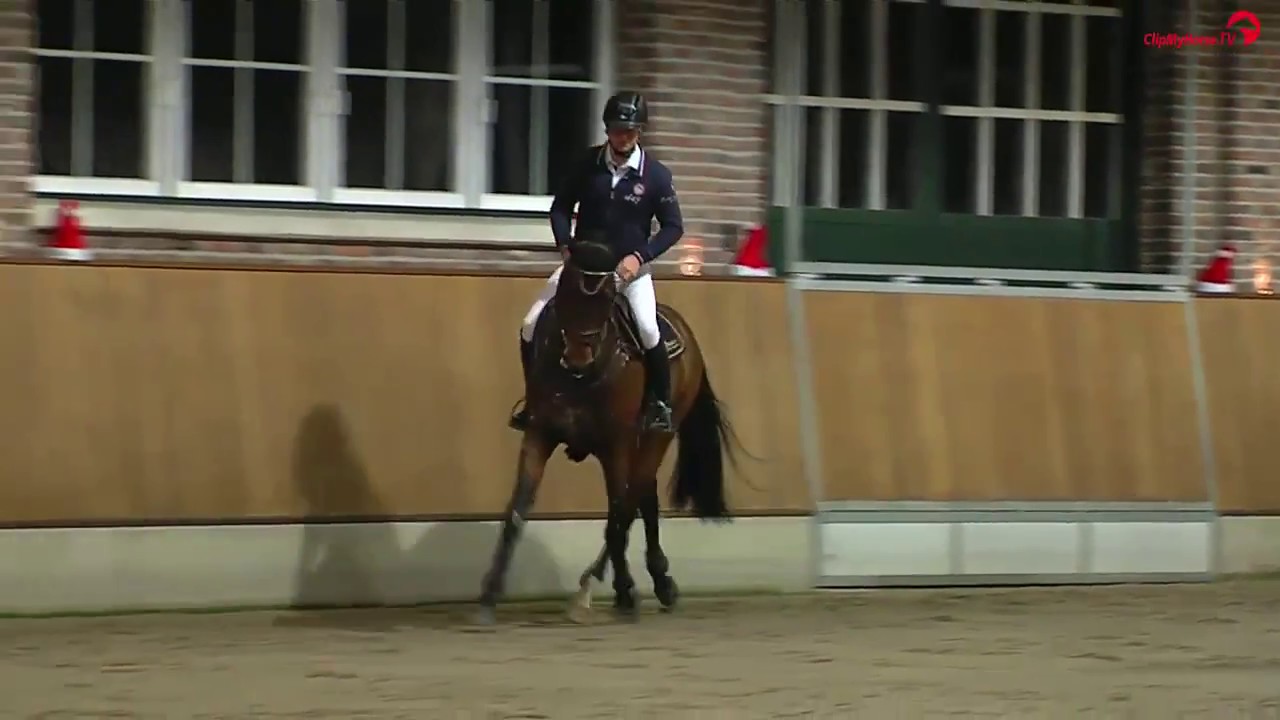 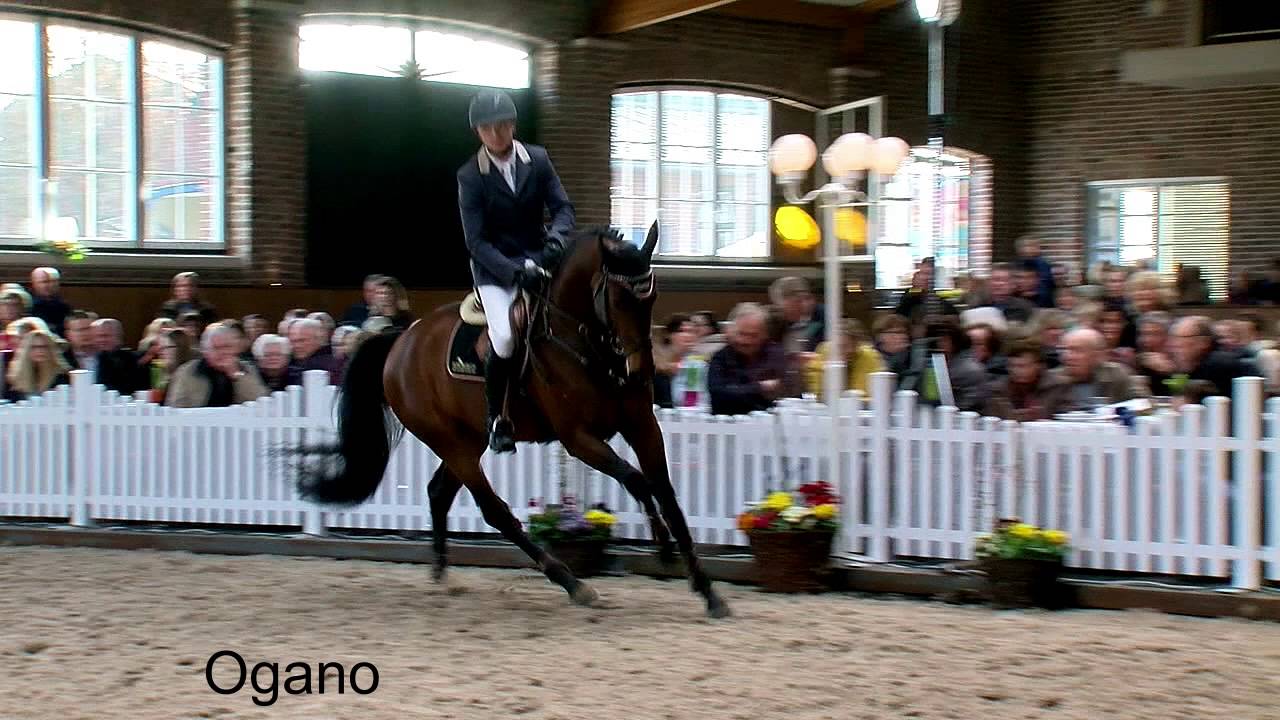 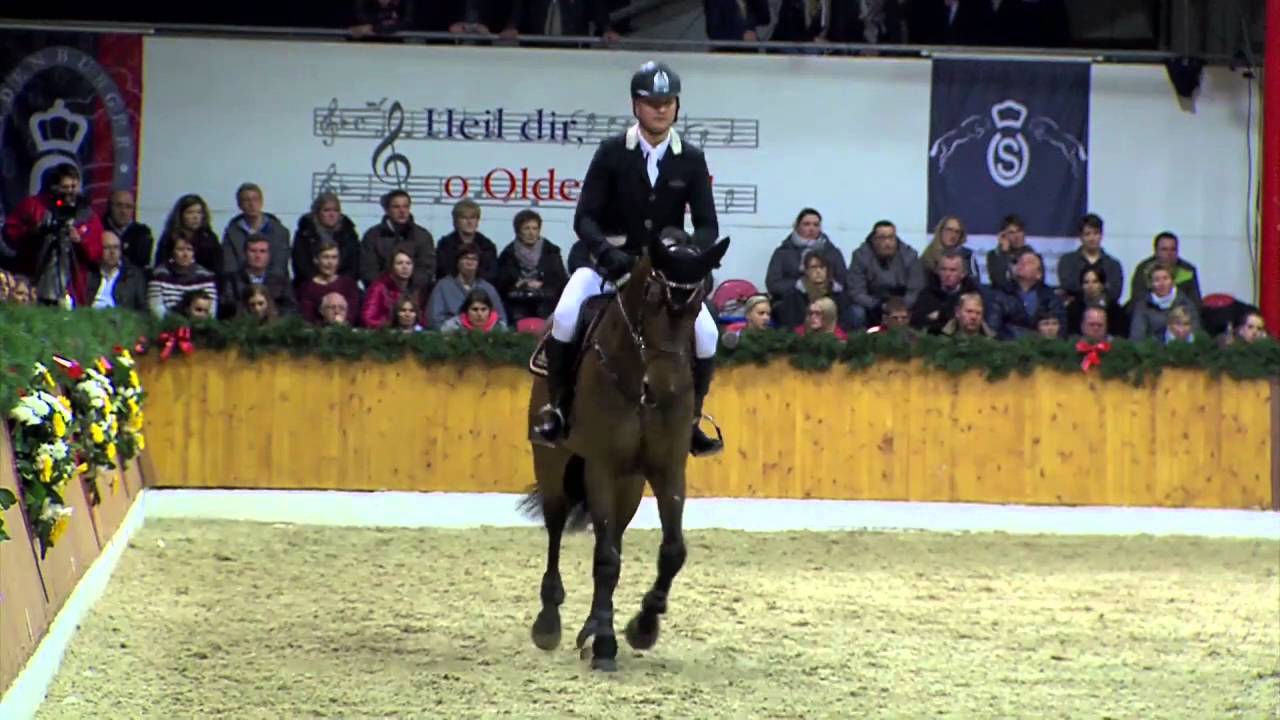 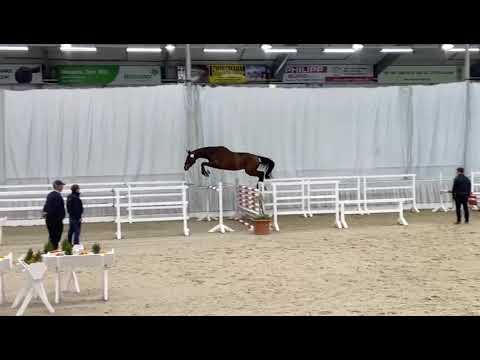 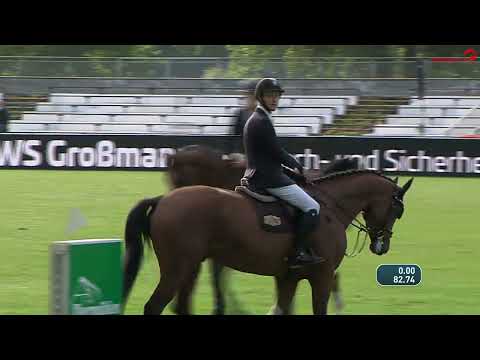 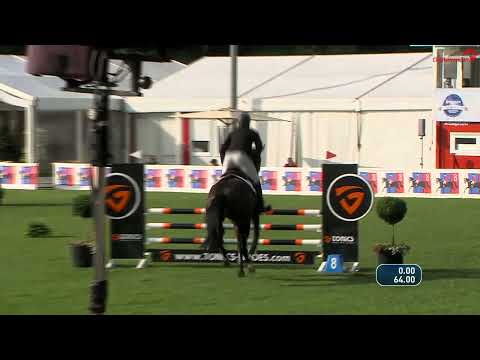 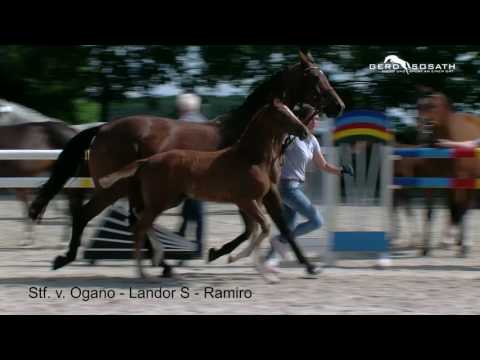 In 2017, he became Main Premium winner. He was awarded due to his exceptional first offspring and his great performance.

In occasion of the evaluation of Ogano's first foals, the Oldenburg licensing commissioner Dr. Evelin Schlotmann described his foals as follows:
"So many very good foals on the end ring. (...) We think this was a very convincing opening. Foals that are were well built, long-legged, with a harmonic exterior (...). Eleven foals on the end ring - we do not have this often. With correct foundation (...), obviously, this stallion improves. All foals had an absolutely active hindleg in the trot and are fitted with very much activity and dynamic, (...) all are built up-hill. These foals all convinced with their canter, and that really excited us. Beautiful types, easygoing, a modern jumping sire, as we desire."

He already sired the jumping-stressed winner of the 9th Lemwerder foal championship. The colt was bred by Siegfried Rempe, Garrel (Germany). Egbert Schep from the Netherlands commented on the winner as "very modern, refined type, a top model".

At the 11th Lemwerderaner foal championships a colt by Ogano out of Kassandra by Landor S x Zeus bred by Werner Weddehage (Nikolausdorf), became jumping-stressed champion.

In 2020, the title of the Champion Mare at the Springpferdezuchtverband Oldenburg-International (OS) went to Only you by Ogano out of Sunshine’s Botox by Balou du Rouet x Lord Liberty, bred by Katja Schwierking from Barver. In 2021, Jova (called Only You with her breeding name) won the Oldenburg Championships for 4-year-old show jumpers in Rastede. Oreo by Ogano x Lordanos became runner-up in the Championships, who was foal champion at the 9th Lemwerderaner foal championship.

At the Holsteiner licensing, his son On the Rocks by Ogano out of Lea VI by Cassini I x Caretino was approved.

In 2021, Oscar D by Ogano x Quantus bred by the Patricia Duchac Training Stable was awared as overall winner out of more than 80 participants with a score of 27.7 (technique 9.0, scope 9.5, overall impression 9.2) at Hanoverian Free Jumping Championships.

The gelding is bred by Siegfried Rempe from Garrel and already attracted attention as a foal. He became Foal Champion at the 9th Lemwerder Foal Championships