Herakles looks like his father, Catoki. He was licensed in 2015 at the main licensing of the Dutch KWPN Association in s'Hertogenbosch. At the age of five he won a show jumping competition at the World Championships for young show jumpers in Lanaken. He was victorious at the international show in Opglabbeek and was crowned Vice Champion of the 6-year-old stallions of the KWPN Verband. He successfully completed the entire tournament series and was second overall in the important 2017/2018 stallion competition. In 2019, Herakles placed at S-level and qualified for the Bundeschampionat for seven-year old show jumpers.

Hendrik Sosath is happy to ride this horse: "Herakles is so similar to his sire Catoki - in the daily training and on course. I have already celebrated great successes with Catoki's offspring and I am lucky to have this youngster now."

Herakles’ sire Catoki is very successful in international show jumping classes. He started his career with Gerd Sosath, before partnering up with Philipp Weishaupt to win World-Cup-classes. Catoki has produced numerous successful offspring as licensed breeding stallions and competition horses.

On the mother's side, the modern stallion descends from Landor S (sire of numerous nationally and internationally successful horses) and the Holstein foundations sires Corofino and Landgraf I. Landor S is bolstering his profile as a top sire of international sport horses. Before retiring from the show ring, Landor S was an outstanding sport horse. He was "Bundeschampion" of 6-year-old jumpers in 1997 and was later named Oldenburg "Sire of the Year" and victorious in show jumping classes up to 1.50m. Though Landor S himself was a talented jumper, his greatest legacy is that of his offspring. There are countless numbers of extremely talented horses from Landor S and he has proven time and time again that he is capable of producing champions.

The full-sister of Herakles' dam produced the licensed Lissabon by Lordanos. Cara Come On and Calypsa are successful on S-level show jumping classes and examples for sport horses out of the dam line. 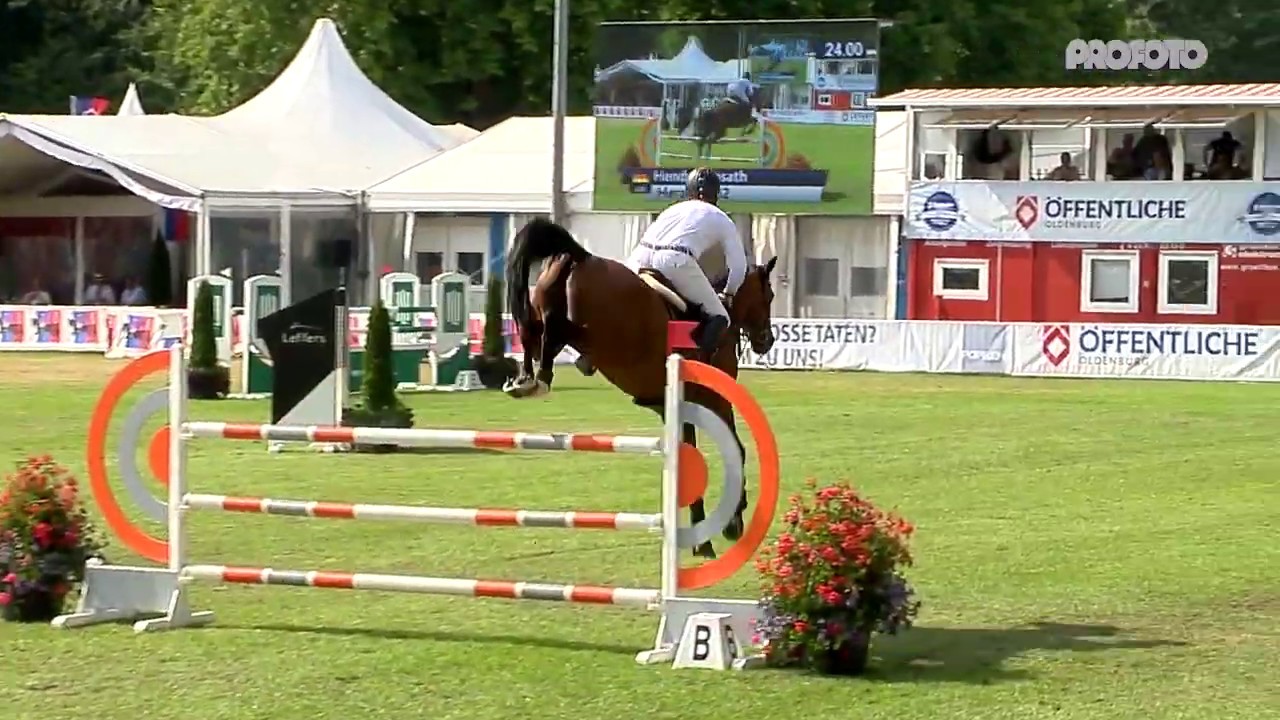 2020 is his first breeding season