The AES licensed For my Pleasure is a very modern son of the legendary stud For Pleasure. His pedigree unites international performance blood of the highest level. Gerd discovered For my Pleasure during the Free Jumping Championships in Saasveld in the Netherlands and was immediately enthusiastic about him. For my Pleasure was awarded as the best jumping stallion at his 100-day-test in Poland. He received a 9.0 for his ability to jump and an 8.9 for his loose jumping.

In his first show season, For my Pleasure placed in youngster jumping class on A-level.

In 2022, he placed directly in his first medium (M*) level test for young show jumpers with a score of 8.2.

Gerd: “I was enthusiastic about this horse from the very beginning. Now he shows his quality under the saddle and his first foals are beautiful and sporty. I particularly like the fact that he has a mother who is herself successful in the international sport."

His offspring can be found at international showgrounds all over the world. Especially Fit for Fun and Luciana Diniz attracted attention with numerous wins and placings in 1,60m-classes in the last years. Other internationally successful offspring are Funky Fred/Marcus Ehning, Epleaser van't Heike/Christian Ahlmann, Forchello/Amke Stroman, Firth of Lorne/Marcus Ehning, For Felicila/Pedro Veniss, Atlanta/Meredith Michaels-Beerbaum, Barron/Lucy Davis, Farina/Rene Tebbel, Fiery/Lars Nieberg or Firth of Clyde/Christian Ahlmann. He is also the father of more than 50 licensed sons.

Dam sire, Vigo d’Arsouilles won the gold medal at the World Equestrian Games in Kentucky under Philippe Lejeune and made a significant contribution to the bronze medal of the Belgian team. The pair was placed in several Grand Prixs all over the world. During the last years, Vigo d’Arsouilles has become one of the new rising stars of German jumping horse breeding. A lot of 1.60m successful horse are by Vigo d’Arsouilles for example Vagabond de la Pomme, Go Easy de Muze, Dixson and Figo de Muze.

His dam Hinosa C was already successful at the age of 6 in the international Youngster Tour on M**-level with Lyanne Kuypers. Now, she is internationally successful with Maikel van der Vleuten.

Several S-successful show jumpers come from the dam line of For my Pleasure such as Colore, Parker, Carinosa Z, Darinosa C, Ferrero Rocher, Copperville and Earinosa. 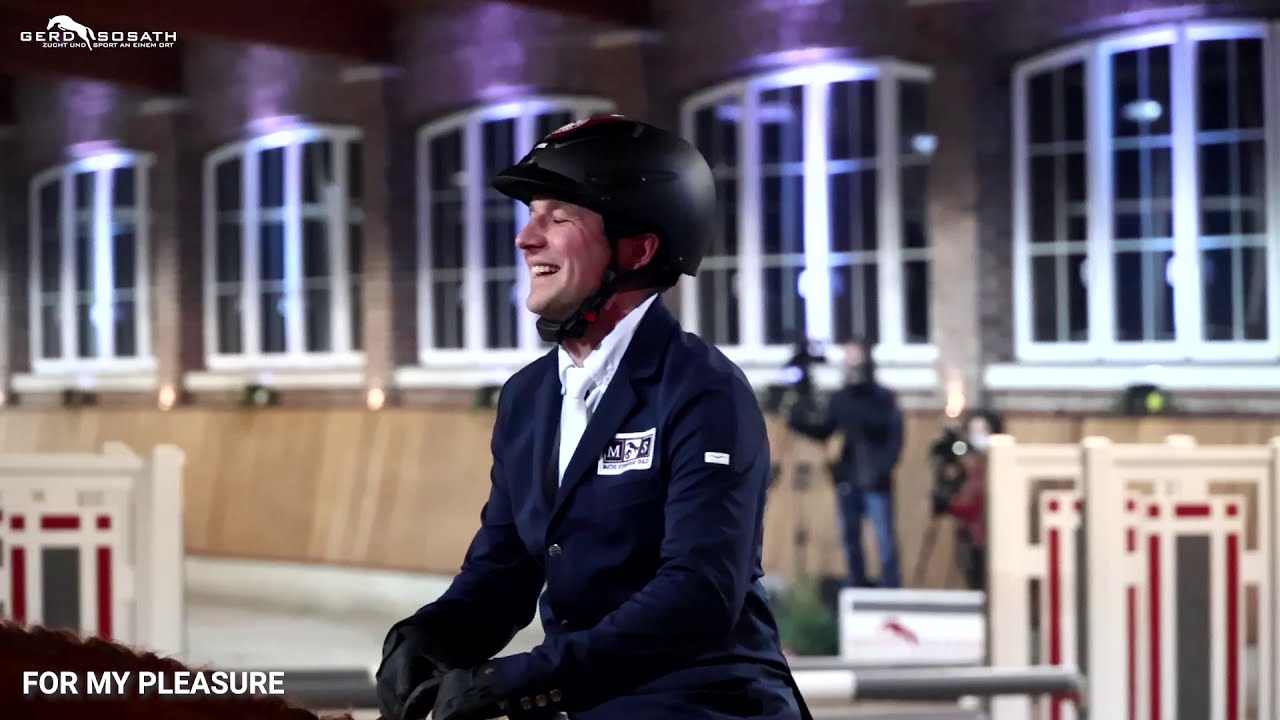 Sneek peak of For my Pleasure loose jumping. 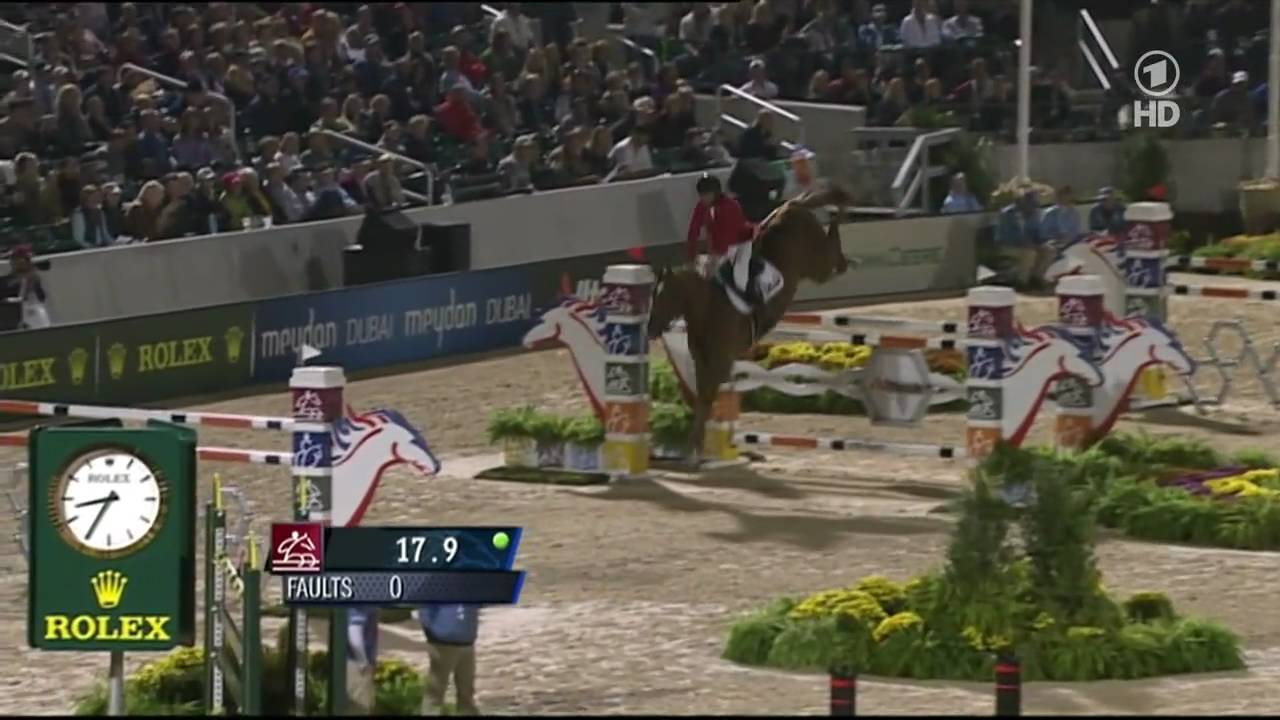 Sire Vigo d'Arsouilles at his victory at the World Equestrian Games in Lexington 2010.

His first foals are beautiful and sporty.