Casino Grande is the impressive product of our own sire Casino Berlin OLD, in combination with our top damline Besinda, that also produced Stedinger and Donninger.

With this background, his superior jumping ability, great manners and very modern gaits he embodies the next level of breeding stallion.

He was premium stallion and second place finisher of his licensing in 2014. The year after, in 2015, he finished his 30-days-test with a final jumping score of 9.25, with 10.0 for his jumping ability as well as his canter and 9.25 for his rideability.

In 2016, he competed in youngster classes for the first time. His outstanding quality was rewarded with multiple victories. Additionally, he received the 1b Main Premium for his outstanding first crop and his great show performance.

In 2017, Casino Grande finished his stallion test in second place, right behind his barn-mate, Ogano. His final score was 9.03, he received a 9.5 for his canter and a 9.0 for his scope and rideability. Additionally, that year he qualified twice for the "Bundeschampionat".

In 2019 Casino Grande placed several times in 1.40m classes in Höven, Rastede and at the CSI Verden. Due to the consistency of his performances, he qualified for the World Breeding Jumping Championships for Young Horses in Lanaken, where he finished ninth in the small final.

Gerd Sosath says about Casino Grande: "I am very proud. With this stallion, I achieved my personal breeding goal. Like his father, Casino Berlin, Casino Grande still needs some time. We do a lot of gymnastics with him and only use him specifically at tournaments. I'm sure that this timing will pay off later and that he will be a great Grand Prix horse. His handsome and big moving foals have already shown that he is an outstanding sire. With his first age group at the licensing and the two stallions licensed by OS, he confirmed our high expectations".

His grandmother, the elite mare Bold-Fantasy, scored an overall total of 8.62 in her mare testing with a jumping score of 10.0 and a rideability score of 9.0. She produced the sire Stedinger by Sandro Hit, who won his licensing and is successfully competing at Intermediaire I in Australia today, and the approved Donninger by Donnerschwee.

Bold-Fantasy is the full-sister to the dressage stallion Lamar H and half sister to the successful three day eventer Just Me H (Larimar) who was winning at the CIC** and was German Champion in 2004 with Anna Christina Döring.

Casino Grande's dam line of Besinda is one of the most successful lines in the Oldenburg breeding association. Offspring from this dam line include Tailormade Mr. Pink by De Niro, who is successful up to Grand Prix, the approved Waldsee by Waldschütz, as well as the Prix St. Georg horses Basic Instinct by De Niro and Satchmo by Santiago.

Other successful horses out of the line are the Grand Prix successful Andrew, Armagnac and Inschallah B, as well as Tanzanit (Christine Stückelberger/CH), dressage team silver medallist at the  Olympic Games 1984,. Successful in advanced (S) level jumping are for example Quincy by Quattro B under Erwin Mohn, Dominik by Duellschütz with Michael Strässer, Lucky Strike by Lucky Ghost under Eva-Maria Lücker and Zap Forever by Zapateado under Andreas Buchner. Another licensed stallion is Adoro by Ampère. 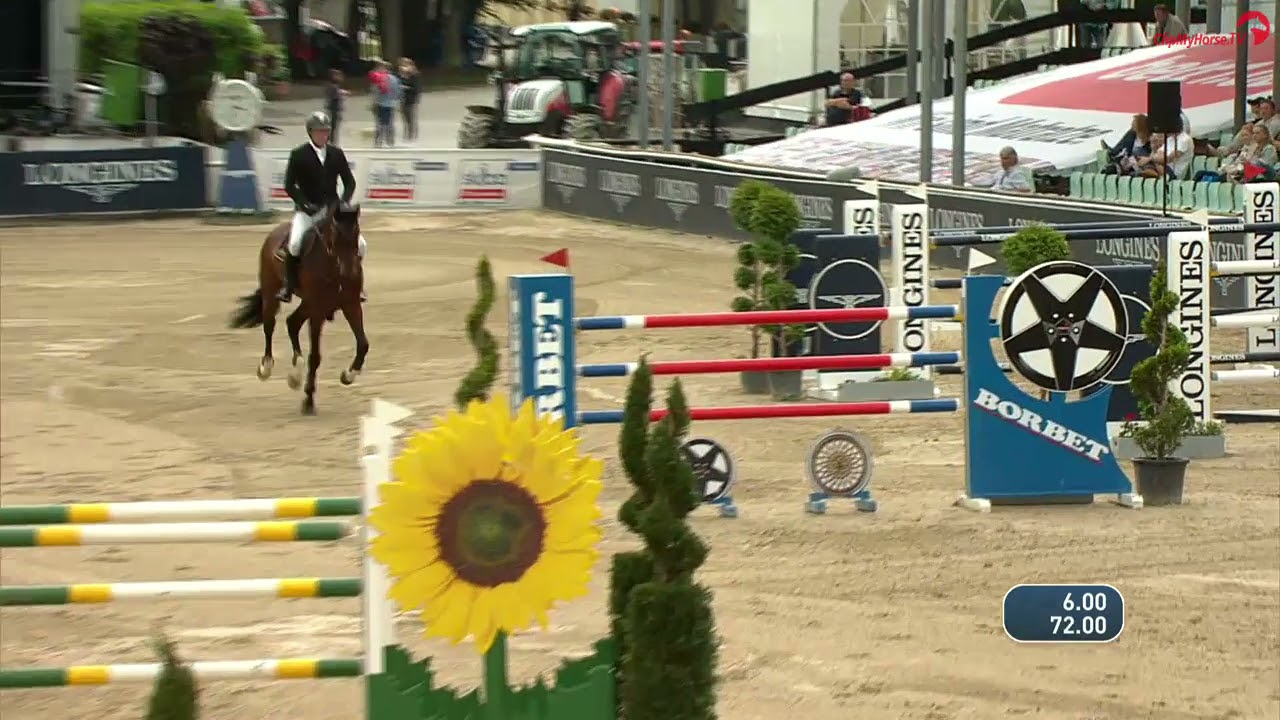 Casino Grande without jumping faults in the second round of the 2nd competition at the German Championships in Balve.

Casino Grande without jumping faults in the first round of the 1st competition at the German Championships in Balve. 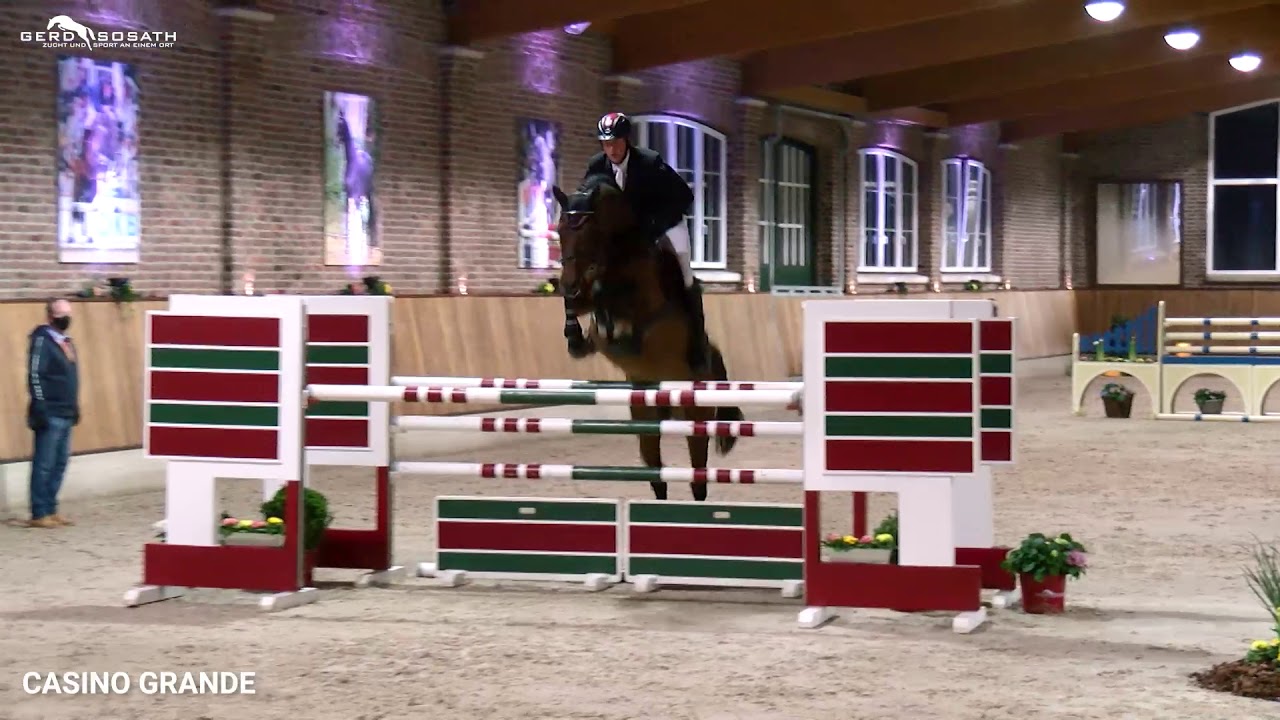 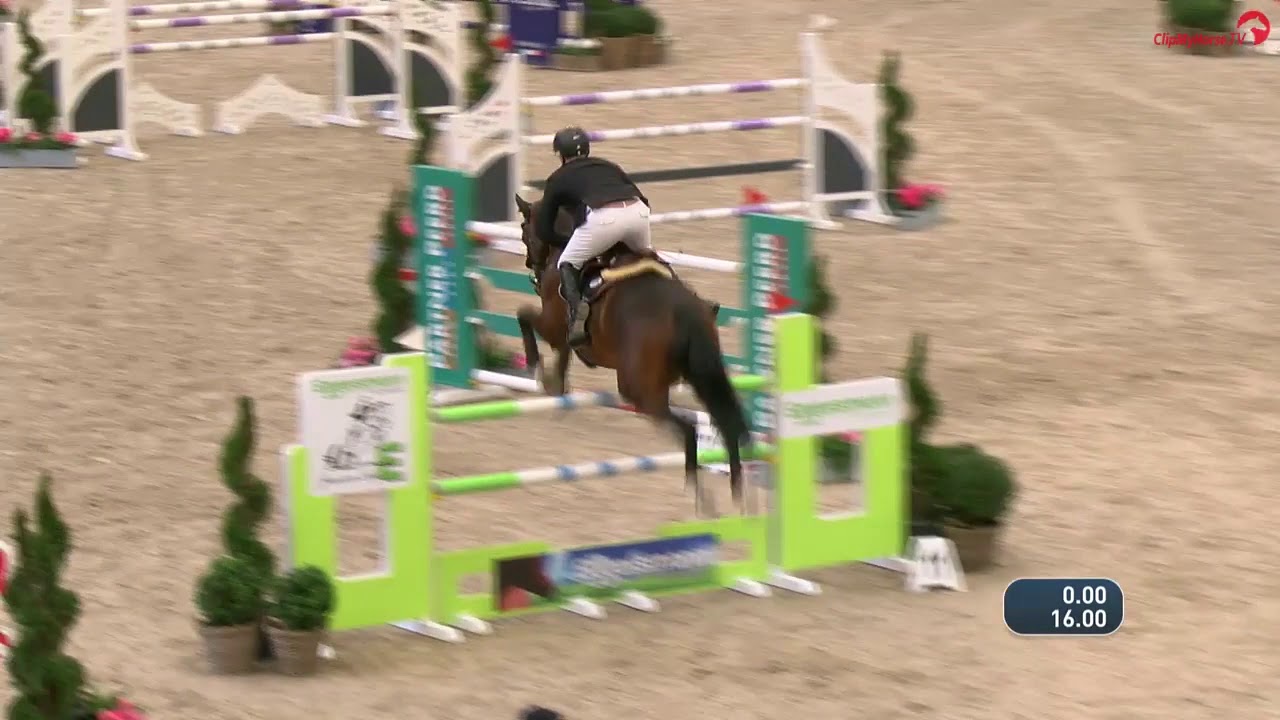 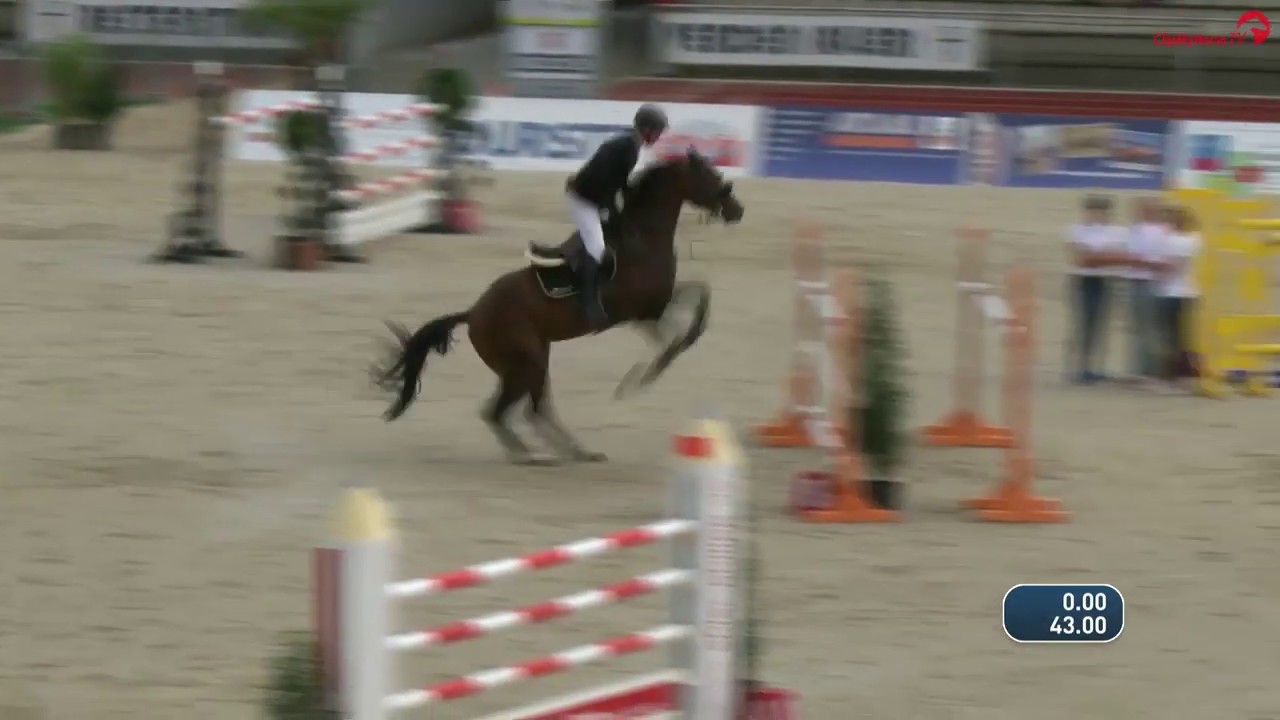 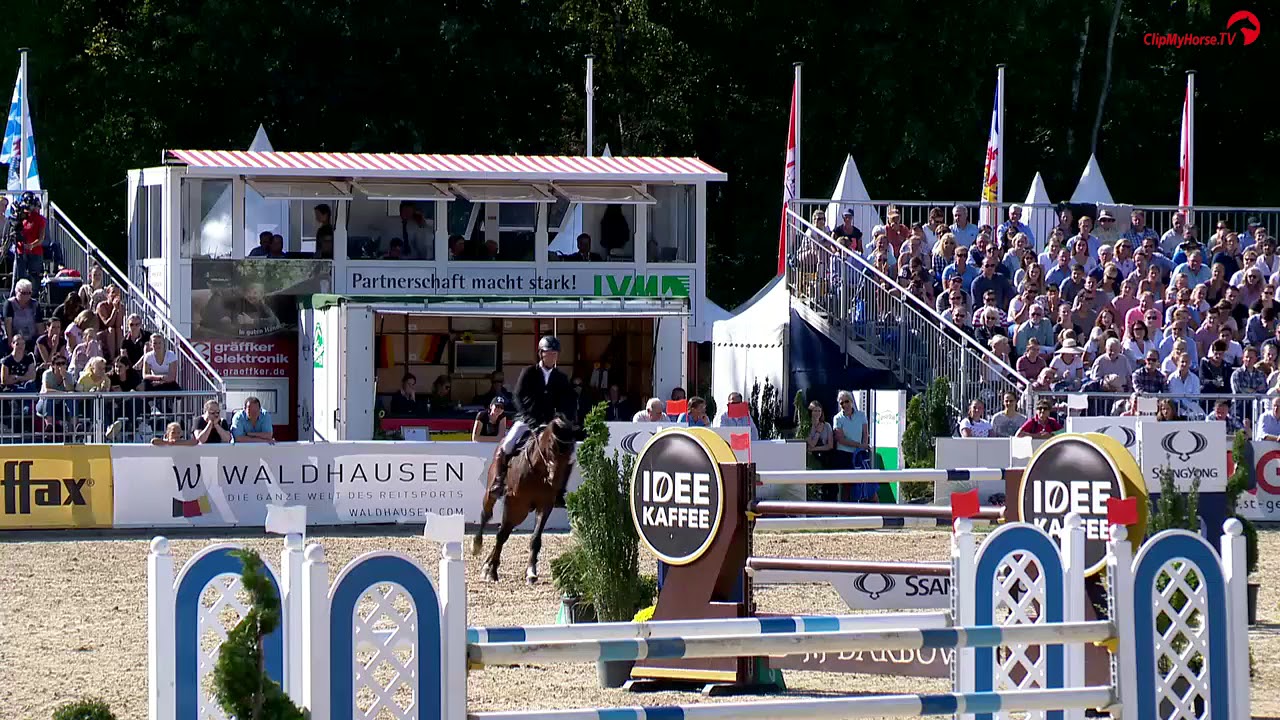 Casino Grande in the final of the Bundeschampionat 2018. 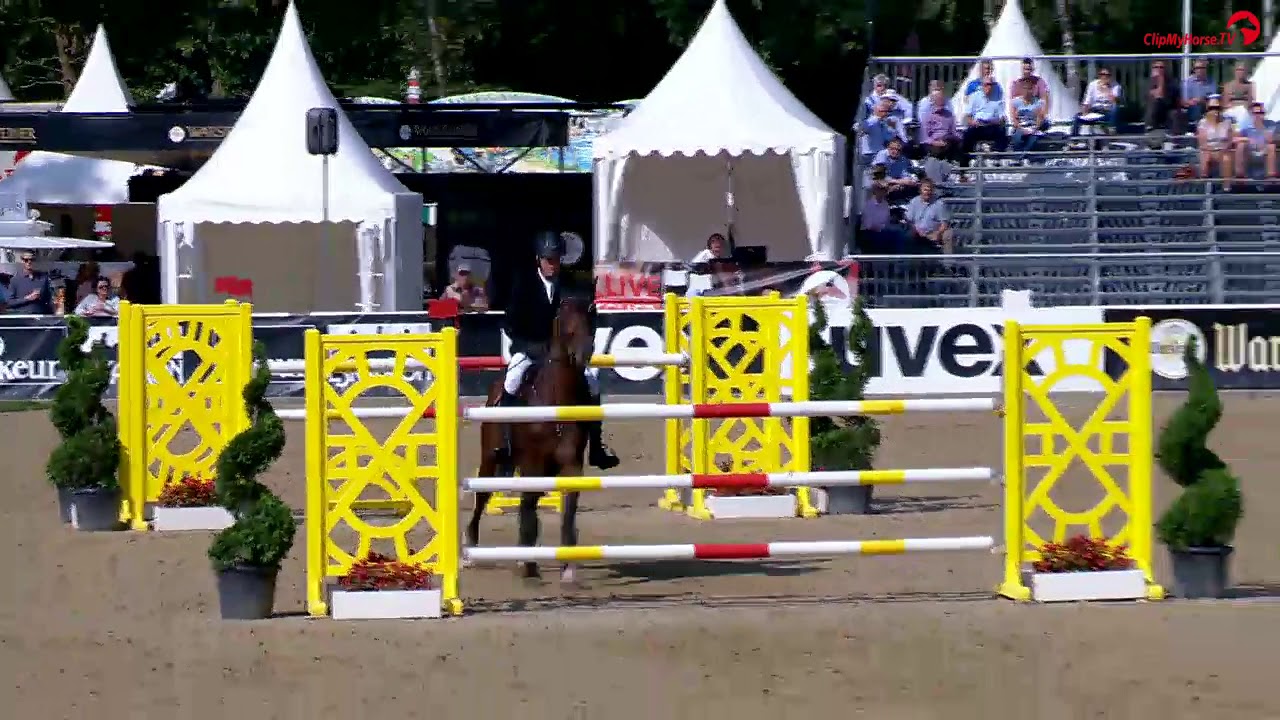 Casino Grande received a mark of 8.9 in the first qualification at the Bundesschampionat in 2018. 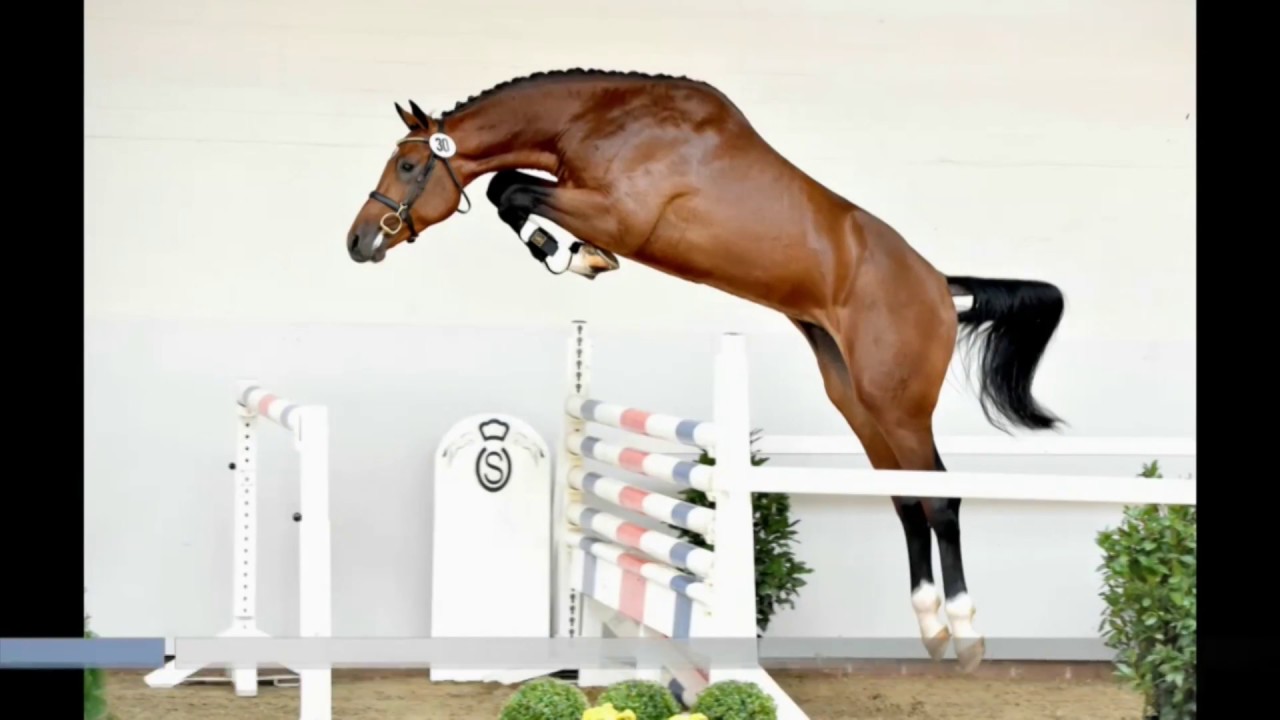 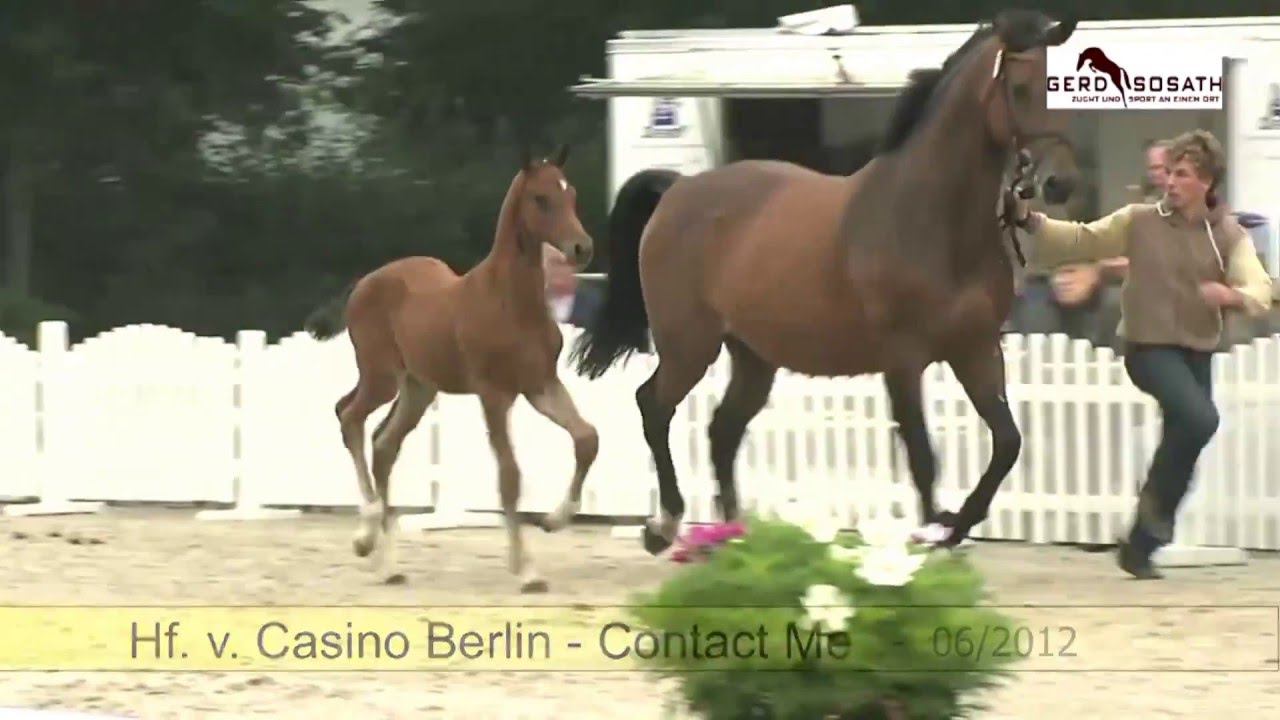 Casino Grande: from a foal to a licensed stallion. 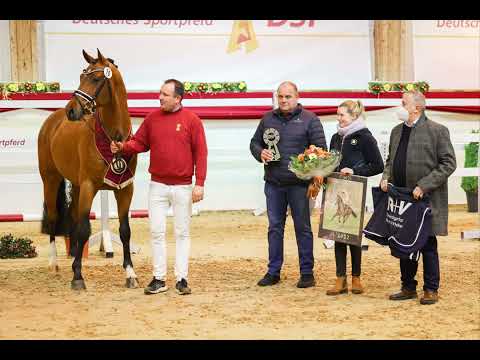 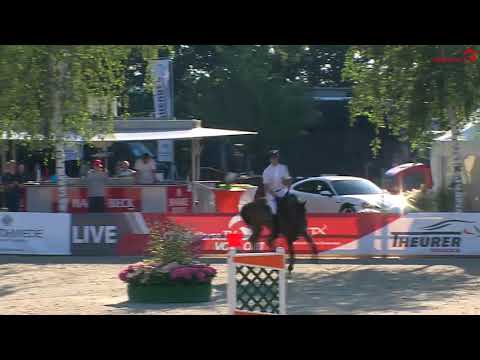 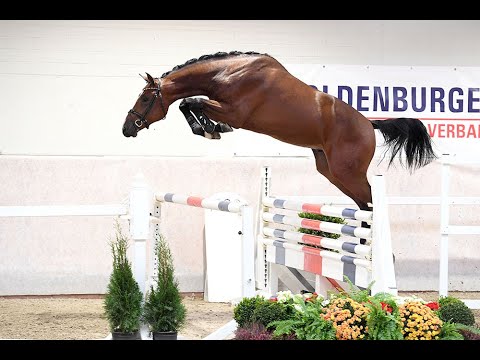 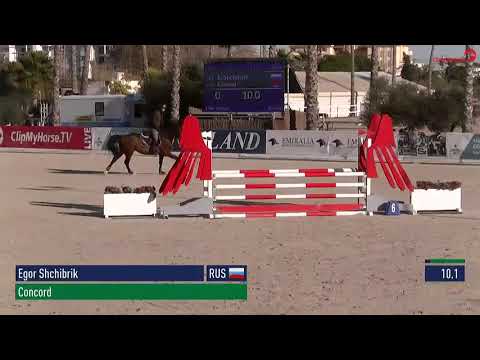 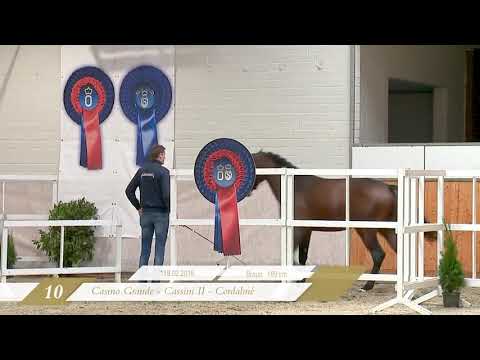 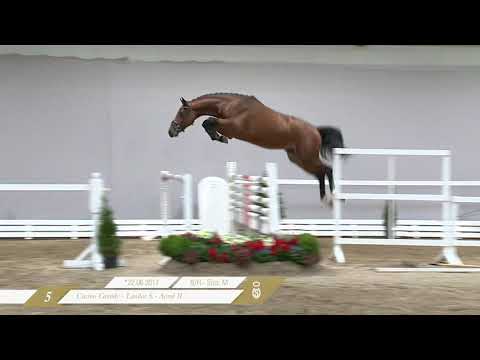 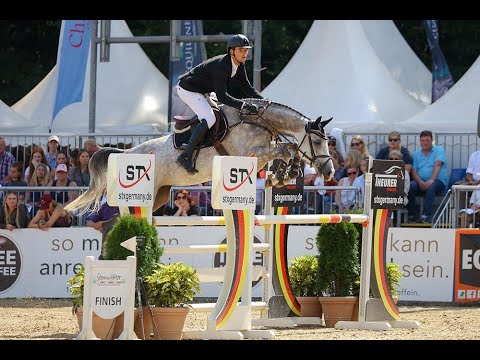 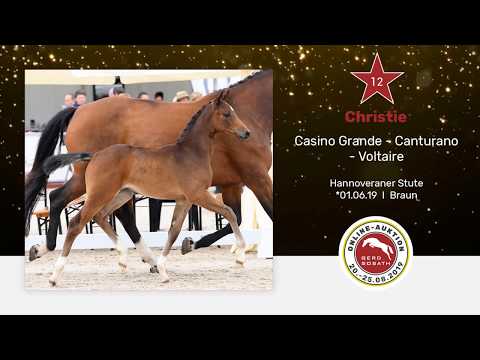 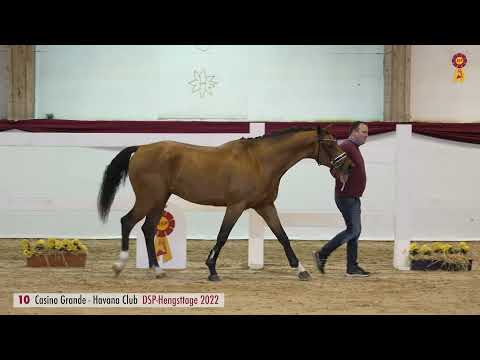 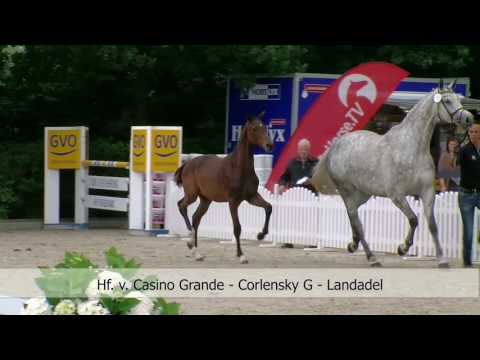 In 2016, Casino Grande became Vice Main Premium Winner of the Oldenburg-International association because of his outstanding first crop and his great show performance.

Casino Grande's first offspring is convincing with its sportiness, nobility and great canter. In occasion of the foal show, the breeding director Dr. Wolfgang Schulze-Schleppinghoff underlined the great movements of the young horses. "They trot like the dressage horses should do in these days", the expert said about the foals. Furthermore he said, they were superior in their quality, a pleasant first age-group.

Lars Gehrmann, breeding director of the Trakehner association, described the winning colt by Casino Grande out of Chillibee by Stalypso - Caprilli at the 8th Lemwerder foal championship as follows: "A first class foal with a great type, prime attitude, very noble neck, always up-hill with an outstanding canter - everything fits perfectly together."

All of his offspring show exceptional jumping talent. In 2018, no less than two stallions in his first licensing year were admitted to the main licensing for the OS Verband. The sons out of dams by Quidam's Rubin x Quattro and Cassini II x Cordalme convinced the licensing commission in Vechta and received the sought-after award "licensed".

Daughter Crystal Blue OLD out of Miss Blue by Mr. Blue x Sandro Boy may call herself Oldenburg State Champion of five-year-old show jumpers 2022 and is successful up to the Bundeschampionat.

That Casino Grande is not only the sire of show jumping specialists was shown by daughter Cajuga. She became reserve champion mare in Baden-Württemberg at the Franz-Strahl-Schäfer mare show. FBW Cajuga by Casino Grande x St. Moritz Junior was able to successfully defend her two titles and again became Baden-Wuerttemberg Champion as well as Southern German Champion Mare of 6-year-old eventing horses in 2022.

"Our winning stallion fulfills everything a jumper's heart could desire. There is nothing missing - type, balance, canter, interior. He has all possibilities at the jump, the ability seems to be without limits, elastic and with overview. He jumps well in front and behind, there is nothing to improve. We are very much looking forward to the future with this horse in sport and breeding."