Casino Berlin has an elegant head and neck, connected to a strong body with long legs and a solid frame. His wonderful temperament and willingness to work complete this total package. Casino Berlin OLD has an impressive canter and wonderful jumping ability that leaves nothing to be desired in either technique or scope.

In January 2020 Casino Berlin placed sixth in the Champinat of Leipzig at the World Cup tournament.

Casino Berlin OLD and Hendrik Sosath have gotten better each year, and 2019 was the most successful year for the pair so far. Together, they won the bronze medal at the German Championships in Balve, and exciting win that demonstrates the power, scope, and rideability of this wonderful stallion. Casino Berlin OLD also placed in the Grand Prix of Kronenberg, in the Championat of Nörten-Hardenberg as well as in all rounds at the Hamburg Derby. Casino Berlin OLD made his first CSIO5* Grand Prix over 1.60m at CSI Twente and showed a fantastic clear round at CHIO in Aachen.

In 2018, Casino Berlin OLD placed several times in jumping classes over 1.50m. He placed in the Grand Prix of Klein Roscharden and Isernhagen. Casino Berlin impressed in the traditional class "Sires of the World" in Lanaken. He jumped clear rounds and was placed on the 7th position in the end.

Casino Berlin OLD was awarded 'Oldenburg Stallion of the Year' (VTV-stallion) in 2017.

As an 8-year-old, Casino Berlin OLD was successful in international jumping classes and was runner-up at the Grand Prix of CSI Steinhagen (1.45m).

Casino Berlin OLD got his first placements in big classes up to 1.40m in 2015. For example, he was placed in the "Bundeschampionat" in Warendorf.

In 2014, he was placed in 1.35m classes and became Vice-Champion of Oldenburg in Rastede.

In his first year of showing, Casino Berlin OLD completed classes with scores up to 9.0 and qualified for the "Bundeschampionat" in 2013.

He was awarded 1e premium stallion at the Oldenburger licensing in 2010 and completed the 70-days-test successfully in 2011. He was marked with 9.0 for his free jumping and was given a breeding value of 129 points. Two years later, he received the 1c Main Premium for his great first crop and his outstanding performance during the course.

Hendrik Sosath: “When I ride Casino Berlin, I'm always told that he's a horse for the “big tour”. Everyone is enthusiastic about his jumping ability. It is effortless for him, even at the Grand Prix level. I'm happy to ride such an exceptional horse. We built him up slowly and it's paying off now. We are growing better and better together and are improving every year.

He is always easy to deal with, but is still a “boss” and is always motivated in daily work.”

His sire Caspar (Eurocommerce Berlin) is among the most successful jumping horses in recent years. Ridden by Gerco Schröder, this top sire was part of the winning team of the European and World Championships from Mannheim (2007) and Aachen (2008).

Out of Casino Berlin's dam line, Blankenese, there are several highly successful show jumpers. Before becoming a broodmare, his dam Landora by Landor S won multiple show jumping competitions herself. She also brought the licsend stallion Casirus who is sucessful up to 1.50m. The granddam, Carola by Carolus, is the full sister of the internationally successful horse Carlos (Evelyne Blaton/BEL and Guy Thomas/NZ) who competed at top levels and their half-sister Jackie Brown is placed in 1.60 m classes with Meredith Michaels-Beerbaum as just 8-year-old. Also from this line is the 1999 and 2000 European Vice Champion of the Young Rider, Angelique (by Zeus), ridden by Mario Stevens. Chacco became Vice World Champion of the 5-year old show jumpers at the Jumping World Breeding Championship for Young Horses in Lanaken, Belgium. He is out of the same dam line like Casino Berlin and Casirus. They all have the same grand dam, Carola by Carolus.

Other successful ancestors of the family are Banda de Hus by Argentinus who was successful in international show jumping (Kevin Staut), Blueberry Hill by Barley Hill xx (1993 with Bettina Overesch, today Hoy, national champion of the eventing horses and then triumphant in classes up to Prix St. Georg), Rubinrot by Rubinstein (2002 bronze medalist at the World Championships for Young Dressage Horses and 2003 winner of the Swedish Championships, then successfully competing up to the advanced test).

More S-successful jumping horses from this line are Conners by Corlando as well as Bianco and Zarin, both by Zeus. Among the jumping sensations of this line are a number of successful dressage horses, including Wellcome by Worldman, Indonese and Indra M, both by Inshallah AA.

Furthermore, there are numerous licensed stallions from this line, including Welttraum by Weltmeister, Welt Stern by Welt As, Insider by Inschallah AA, Freischütz by Furioso II, Rosenstar S by Rubinstein, Mortimer by More Magic xx, Carlo by Chronist, Quidam's As by Quidam's Rubin, Conners by Corlando Confiance by Contendro I and Locadeur by Lordanos. 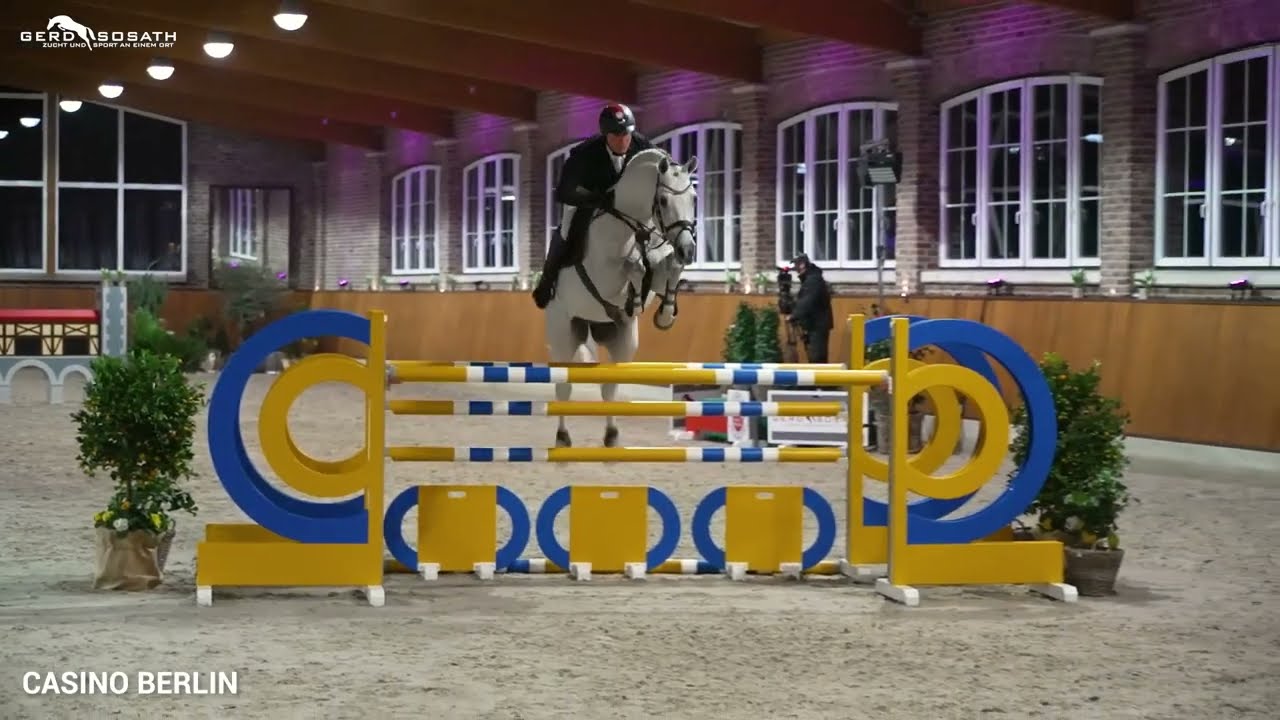 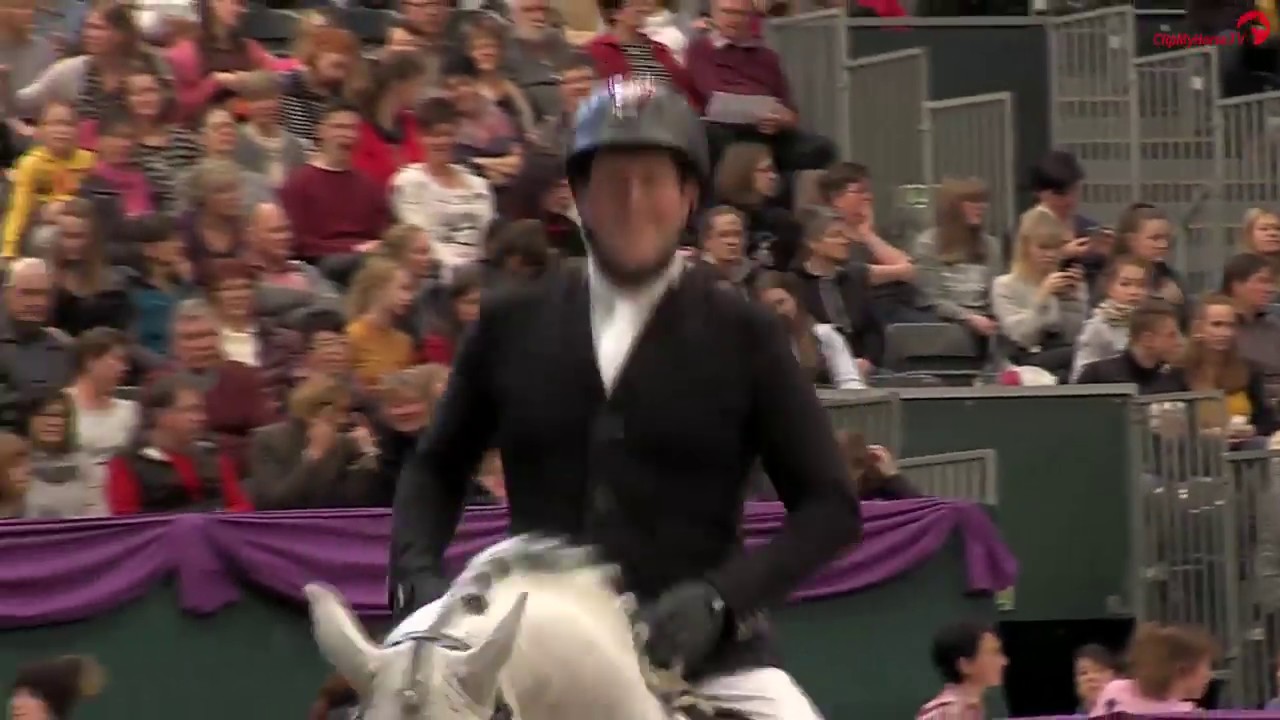 Casino Berlin placed 6th in the Championat of Leipzig 2020. 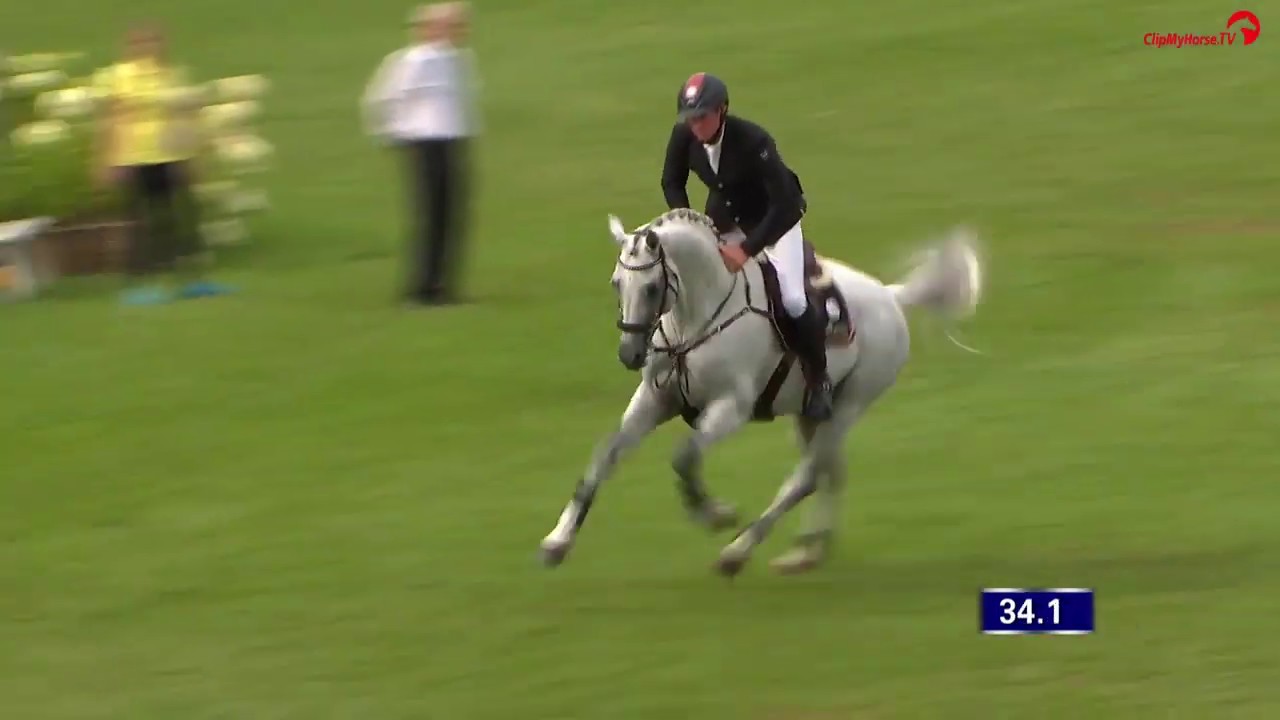 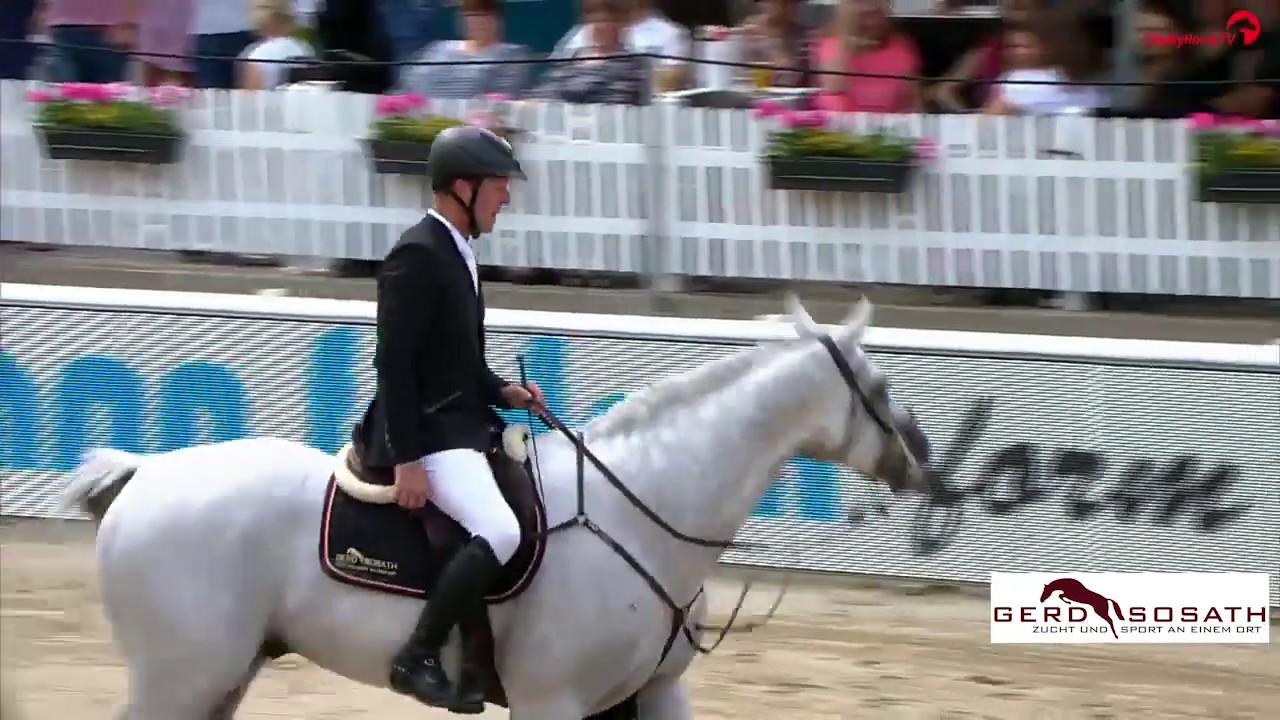 Casino Berlin placed on the third position at the German Championchips at Balve 2019. 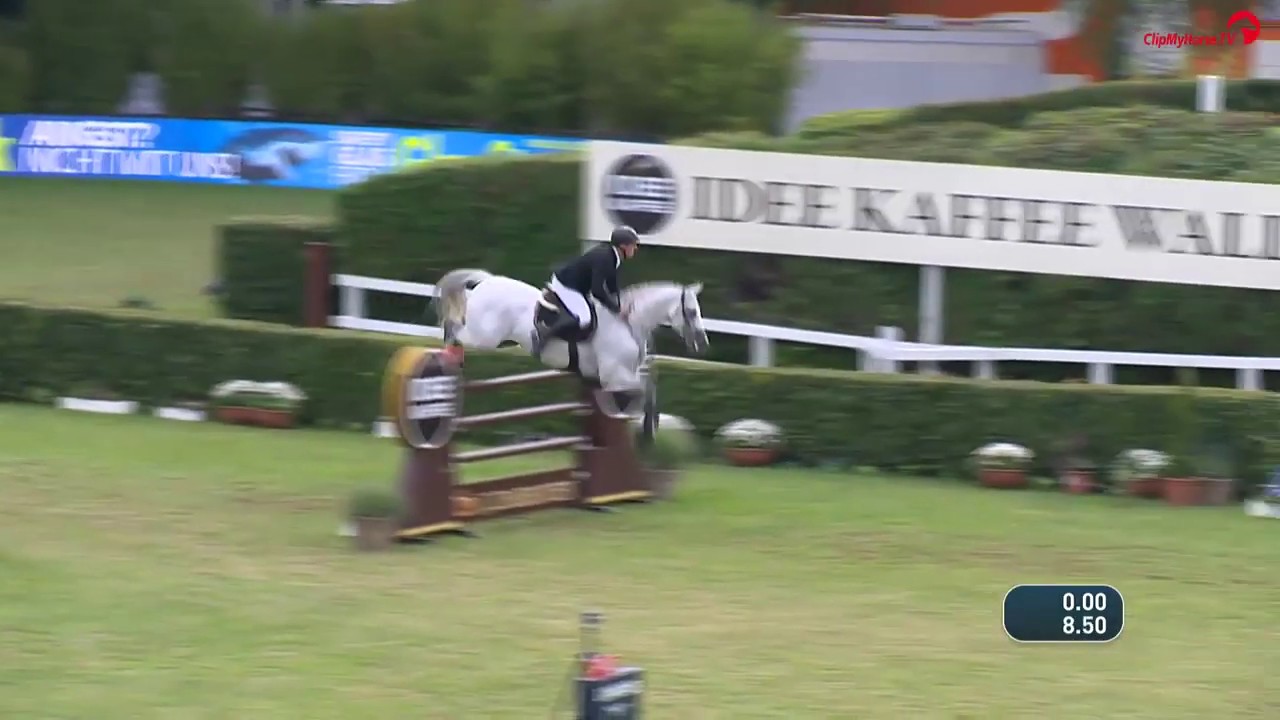 Casino Berlin at the Hamburger Derby 2019. 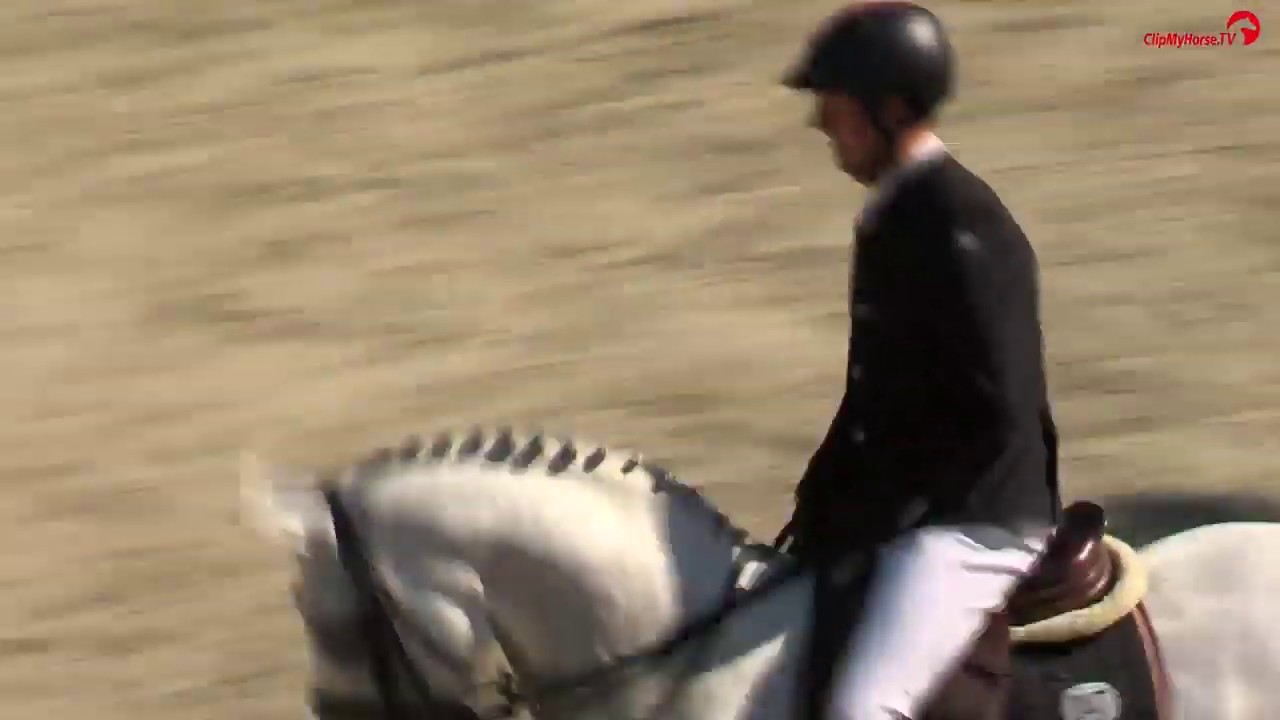 Casino Berlin at the Championat of Nörten-Hardenberg. 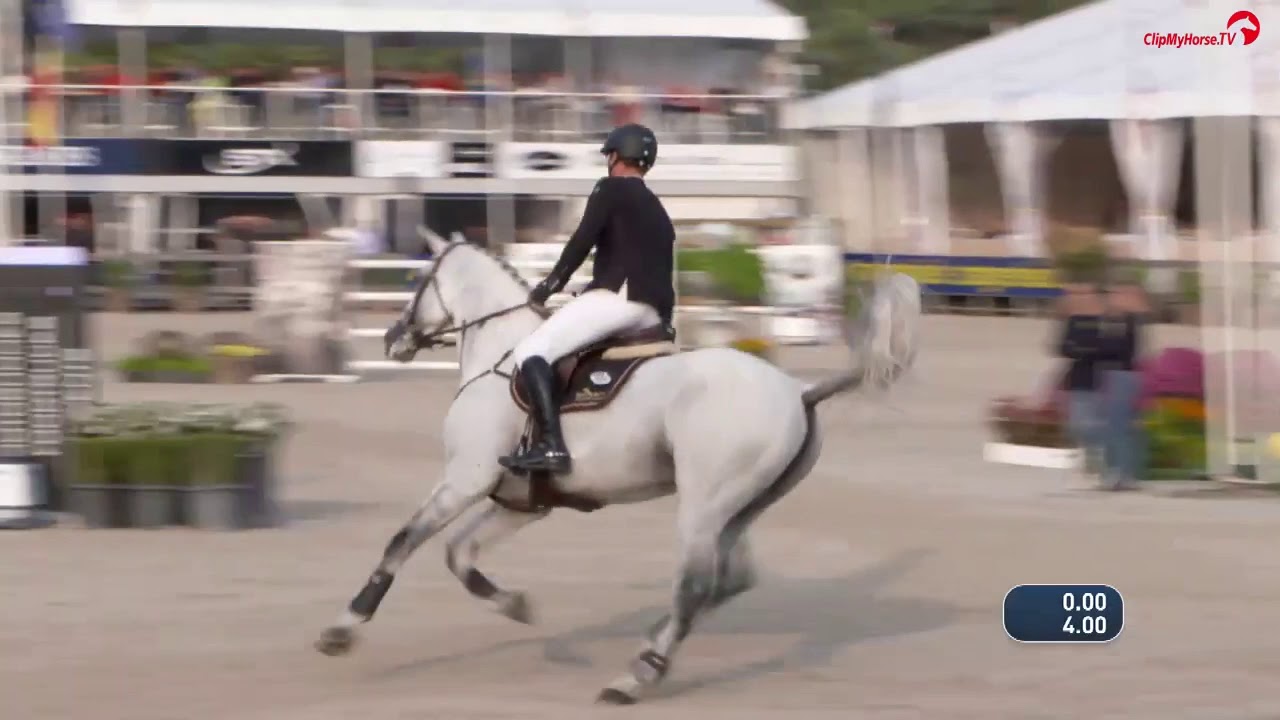 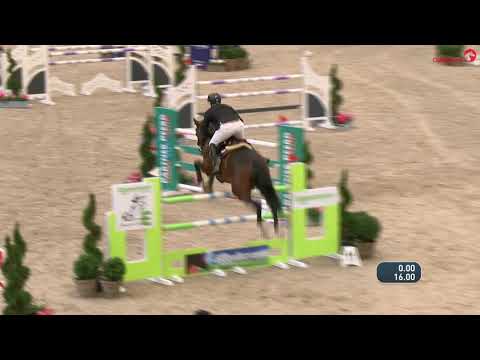 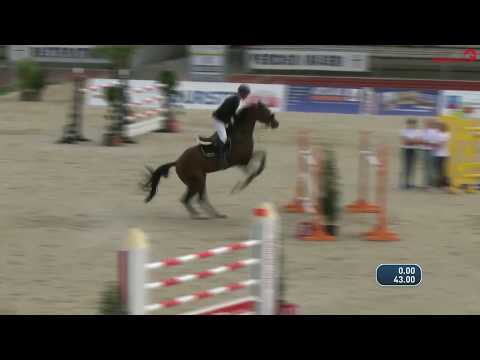 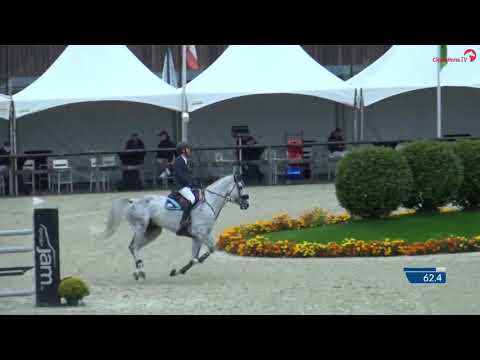 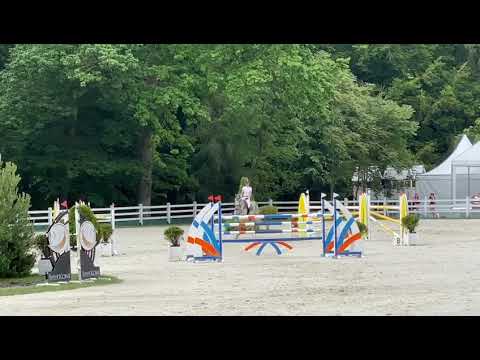 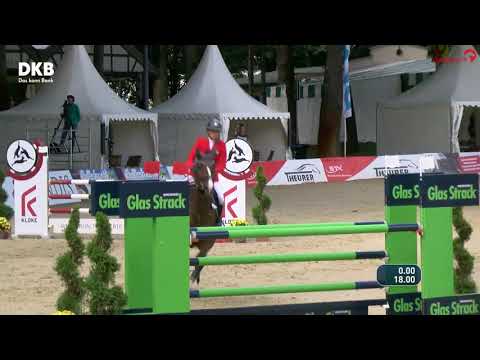 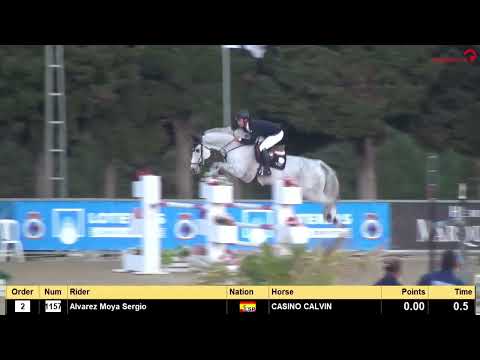 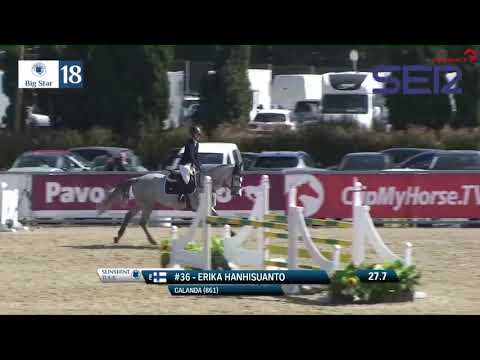 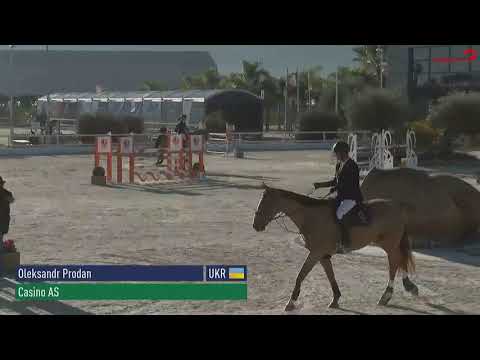 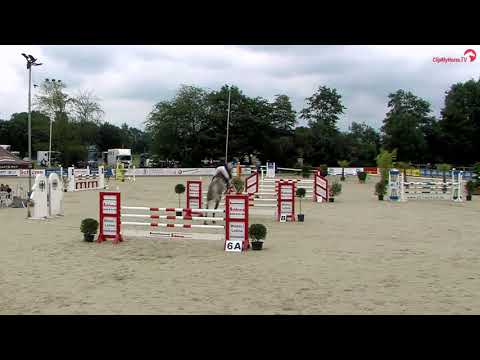 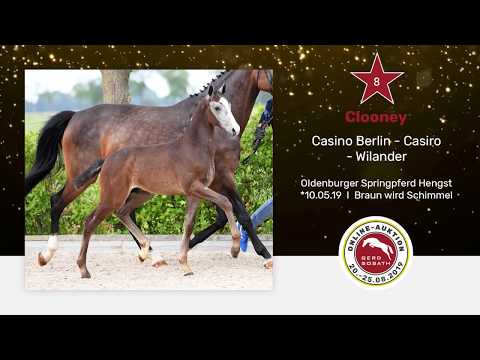 Casino Berlin's offspring out of different mares are very sportive and beautiful, with long legs, great frames and uphill-movements.

In 2014, his first son, Casino Grande, was licensed for Oldenburg-International and awarded as "1c Premium Stallion". In 2016, Casino Grande got the 1b Main Premium Award of the Oldenburg Verband for his outstanding first age group and his great show performance. In 2018 he placed in the final of the Bundeschampionat and convinced with his performances at the World Championship of Young Jumping Horses in Lanaken, Belgium. This year, the first sons of Casino Grande were licensed. For example Casino Rubin.
In 2021, Casino Grande proved that he is ready for international high-level classes. In addition to numerous placings at 1.45m level, he impressed as the youngest horse in the final of the German Championships in Balve. Only nine years old, he finished the German Championships on an excellent 12th place after four difficult rounds over 1.55m.

Lady Casina by Casino Berlin out of Lady Lordana (Lordanos x Landor S) becomes 2022 Champion Mare of the Oldenburg Jumping Breeding Association at the Elite Mare Show in Rastede.
Dr. Nissen is enthusiastic in his comments: "A great, sporty appearance that is also convincing in movement. A future athlete with tremendous performance potential. She also proved that in the mare test."

Our 3-year-old mare Late Night Berlin by Casino Berlin x Quality x Landor S was awared as OS-Reserve Champion Mare at the Elite Mare Show Mare in Rastede in 2021. Theo Leuchten said about her: "[...] the mare Late Night Berlin is of course in excellent show condition, very beautiful, typey, a very modern, wiry and dry jumper with expressive joints [...] we liked this mare very much, also in hand. She not only did a good performance test, but also showed a lot of uphill tendency in the trot, powerful from the hindquarters [...]".

In 2018 further sons of Casino Berlin were licensed, among them the Oldenburg premium stallion by Casino Berlin out of a Conthargos - Silvio I dam. Casithargos-H is placed in international youngster classes and showed a clear round in the first qualification at the FEI/WBFSH World Breeding Jumping Championship in Lanaken.

Cascada 99 by Casino Berlin out of Anastasia by Almox Prints J x Wienerwald, born in 2012, was the top earning 6-year-old mare and top earning 6-year-old Westphalian horse in 2018 with her rider Armin Himmelreich. As a 6-year-old, he has already won a qualification for the Bundeschampionat with a score of 9.0. Meanwhile, he is competing in international 1.45m classes.

Daughter Cascada out of a Lordanos dam becomes 2022 winner of the Finnish Indoor Championships of six-year-old show jumpers and places at the Helsinki International Horseshow.