A champion complete with a beautiful type, correctly proportioned lines and corfirmation, highly refined for sport and agility, with a phenomenal character. Quality is always willing to perform and absolutely loves to win. He has already won 30 S-classes (1.40m to 1.50m) with Hendrik and Gerd.

His career as a show jumper has been blessed with many highlights. He received high scores between 9.0 and 10.0 at the 30-days-test in Prussendorf. In 2004 and 2005 he was successful at the "Bundeschampionat", winning the qualification with a 9.0! He has also participated successfully at World Championships for show jumpers in Lanaken twice. He currently competes with Hendrik Sosath in classes up to 1.50m where he is, more often than not, victorious.

In 2007 he achieved victories and placements in many competitions including Salut Festival in Aachen, at Verden and at CSI Oldenburg.

In 2008 he was victorious several times in various Grand Prixs and won the bronze medal of the "Oldenburg Championships" with Gerd. Hendrik later took the reins of this superb stallion, and together, they won the title "Promising Stallion" of the international show in Zwolle/Netherlands.

From 2009 to 2014 he won a lot of international classes; including the finals of "Young Masters League" at CSI Bremen and Dortmund, a class at E.On Westfalen-Weser Challenge and Summer Meeting Gera, among other things.

Quality has a very selected pedigree he is a grandson of the world class sire Quidam de Revel and out of the direct line of the famous stallion Roman. 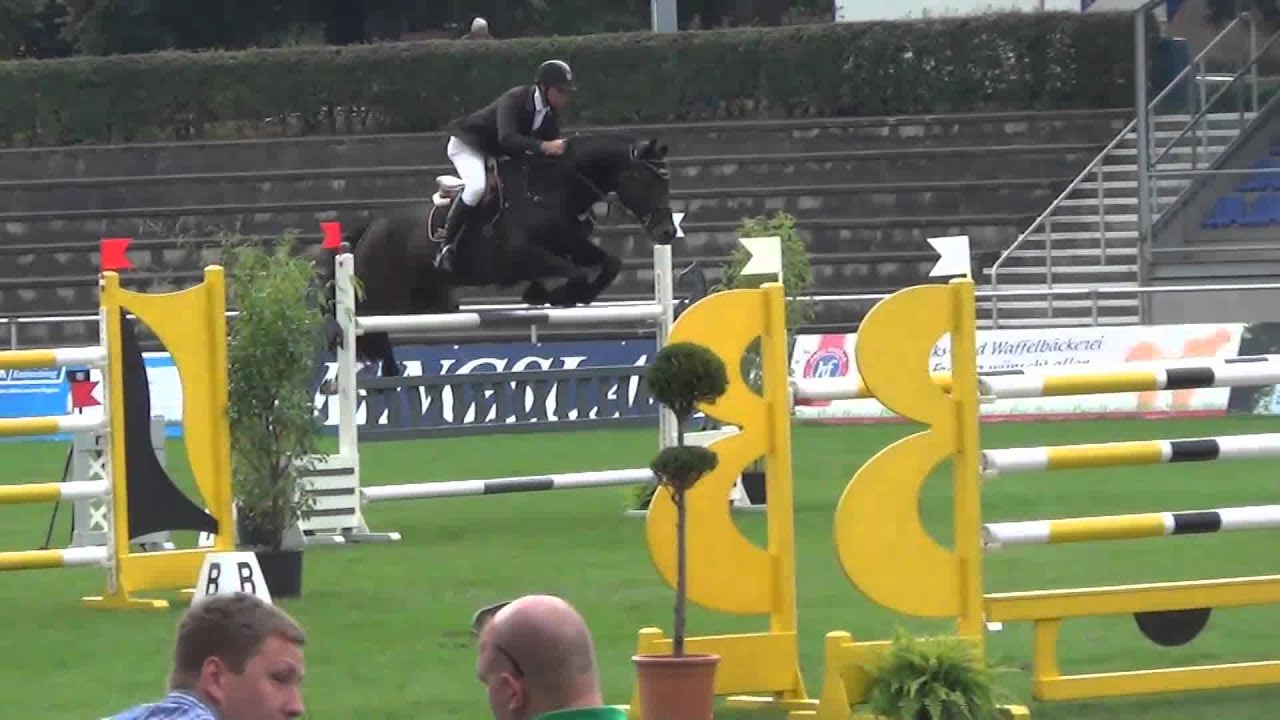 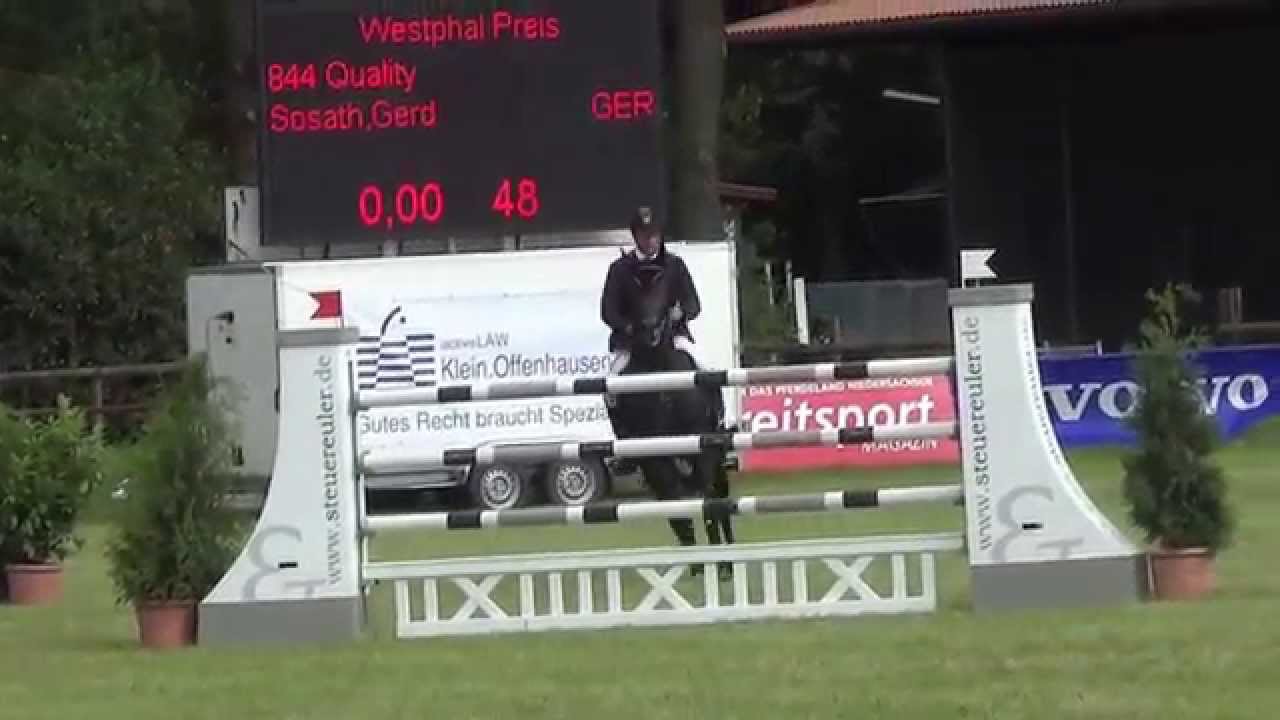 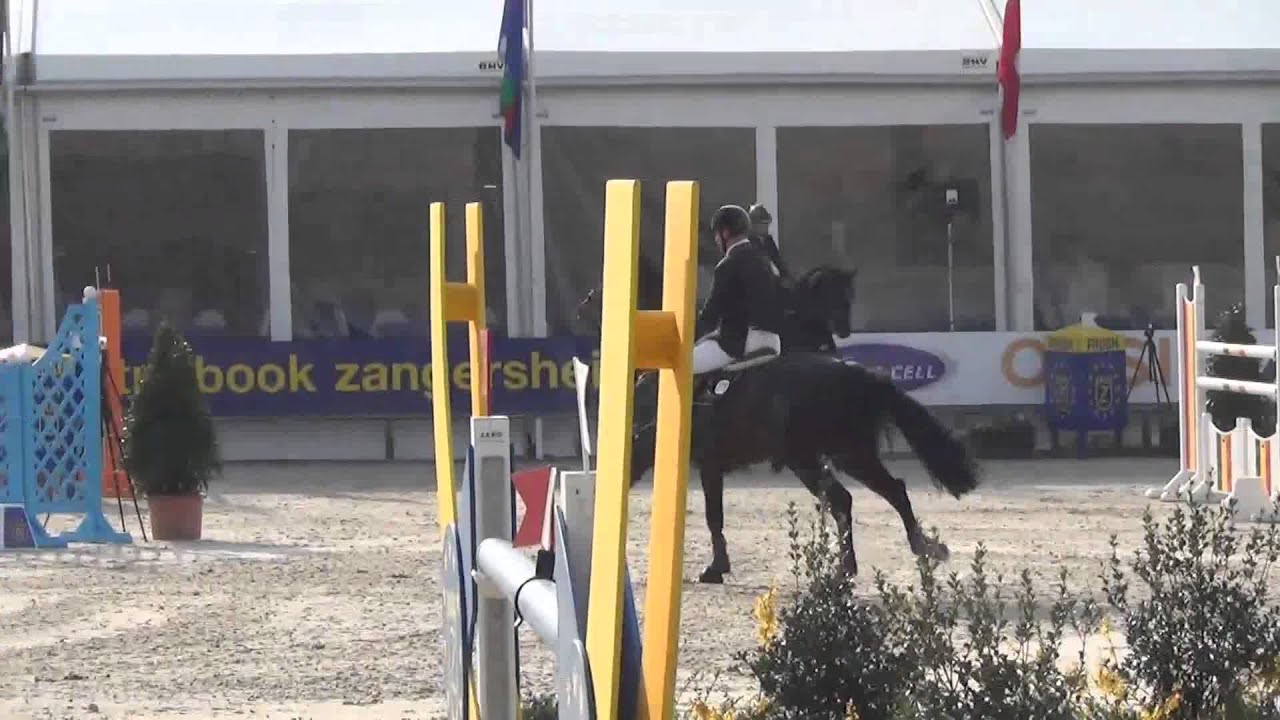 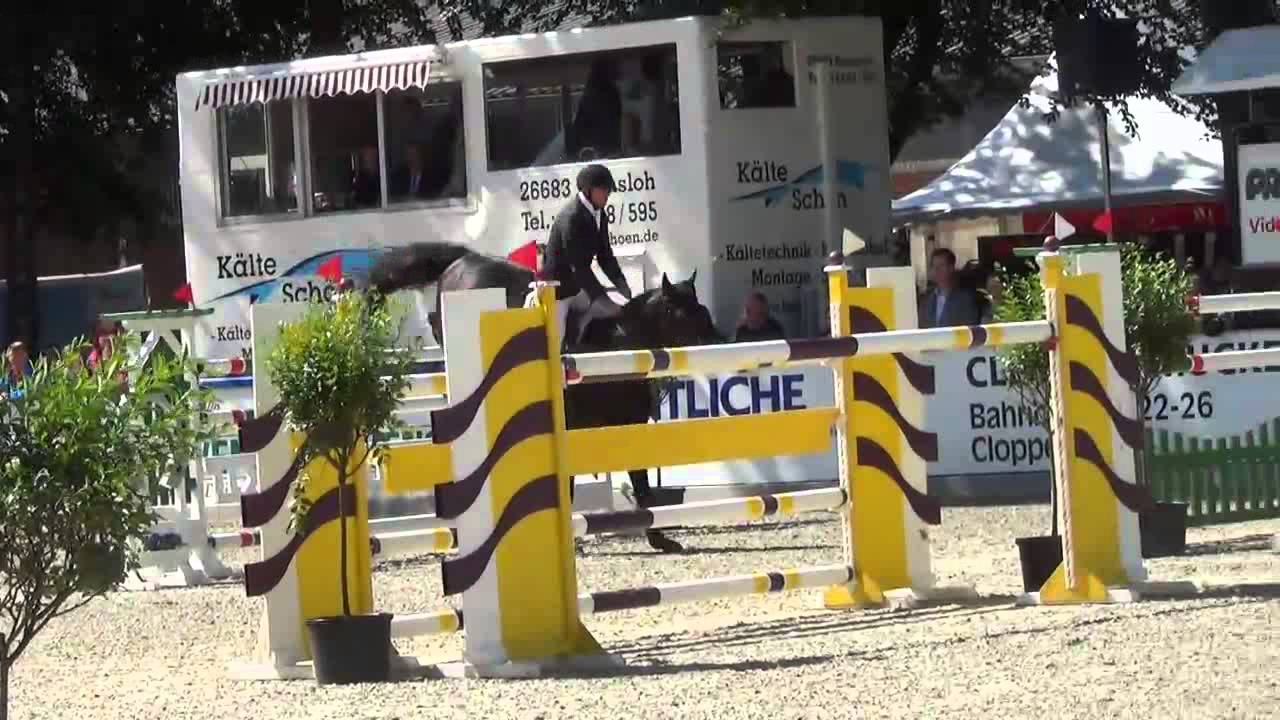 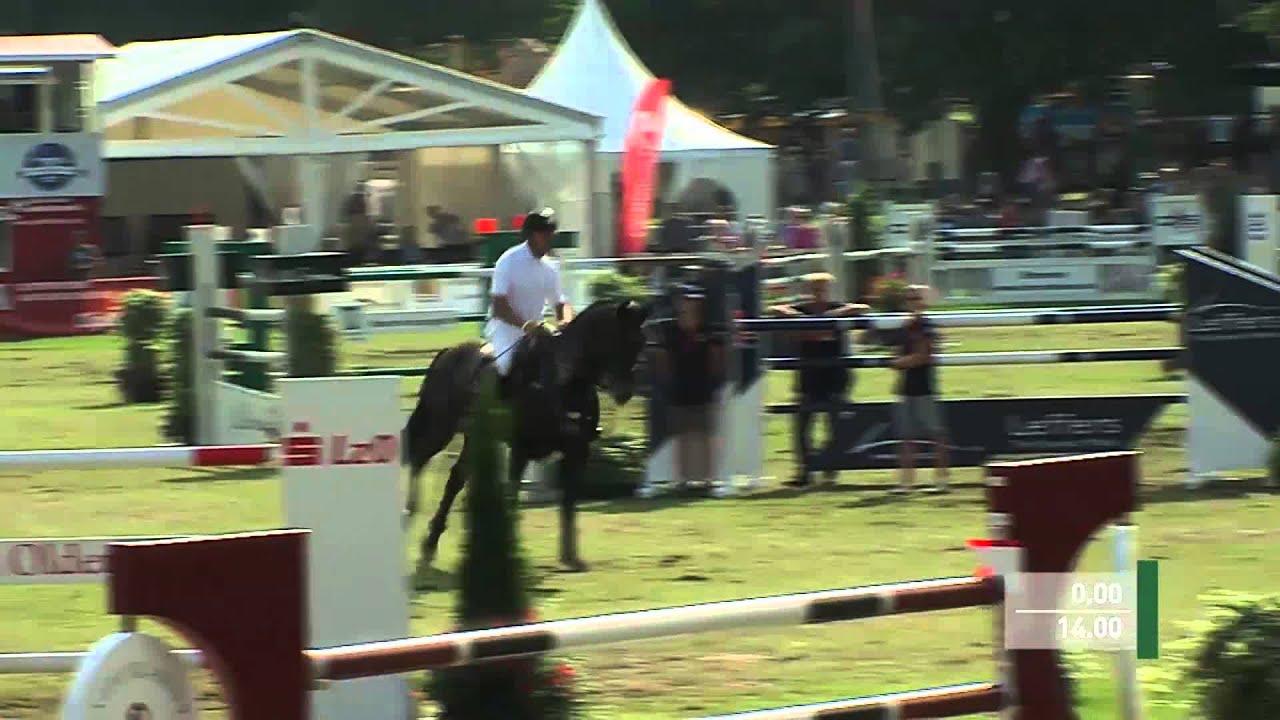 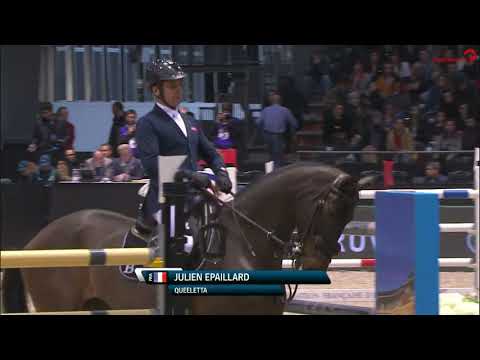 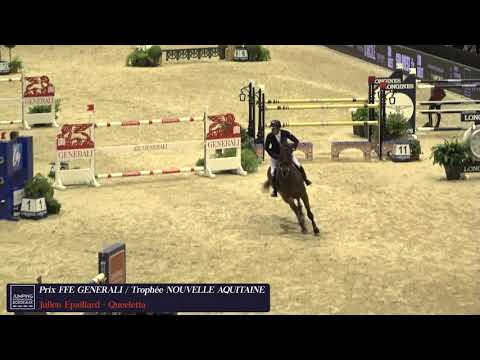 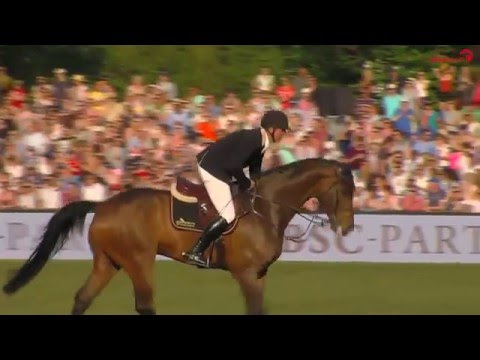 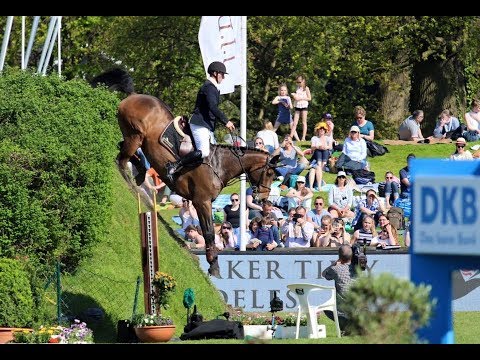 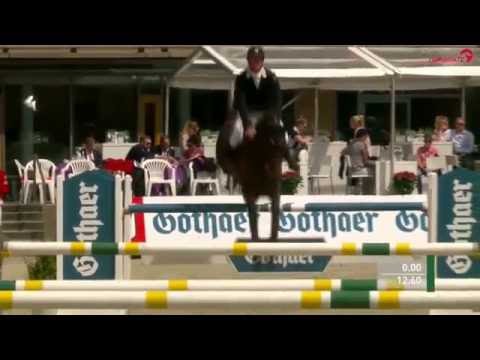 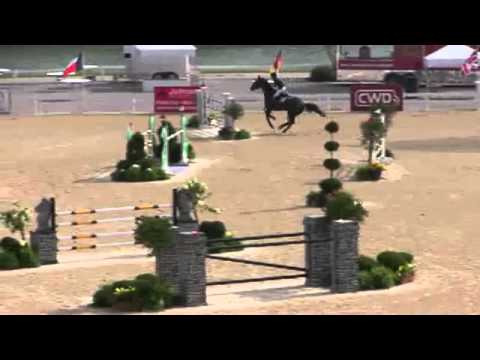 Quality passes his excellent traits to his offspring.

His offspring are successful in show jumping all over the world. His daughter Queeletta out of a Landor S dam has arrived at the international top level and is one of the best horses. Under the Frenchman Julien Epaillard, she has already collected numerous victories and placings at 1.60m level. The pair won for example the Grand Prix at the CSI5* Bordeaux and the main jumping competition at the Global Champions Tour in Rome. Ohter international successful horses are: Va Bene (Inga Cwalina), Quiz (Andre Stude), Quel Chanel (Hendrik Sosath), Quantofino, Qorado, Quincy and Quinta B are successful in Germany. Haley Gassel and Quite Dark became Champions in the USA several times and Natascha Gates and Quickie are placed in Grand Prix. Quite Nice by Quality - Landor S and Gonzalo Azcarraga became "Central American Champion" in 2014.

A large number of his foals has been sold at various auctions. One of his foals took the champion title at the foal show in Elmshorn and after his first foals were evaluated, Quality received a breeding value of 161 points.

2010 and 2011 his children won qualifications to the "Bundeschampionat" and they participated at world championships for young jumping horses at Lanaken/BEL.

He mostly passes on the dark colour, very good movements and rideability as well as best quality and mentality by jumping.