Ludwig von Bayern is leased to Finland, but frozen semen is still available.

Ludwig von Bayern is a dignified and highly expressive athlete with dynamic movements and astounding technique over fences.

Decorated with the I-c main premium in 2004, Ludwig von Bayern won the international Stallion Show Jumping competition in Denekamp in 2006 and qualified for the "Bundeschampionat" when he was five years old and again when he was six, after winning numerous tests for young jumpers.

The large framed, powerful stallion received the highest score of 10.0 for rideability and 9.5 for jumping at the 30-days-test.

Ludwig von Bayern's pedigree has been perfectly trimmed for performance through the top sire Landor S as well as the top Westphalian sires Pilot and Damokles. 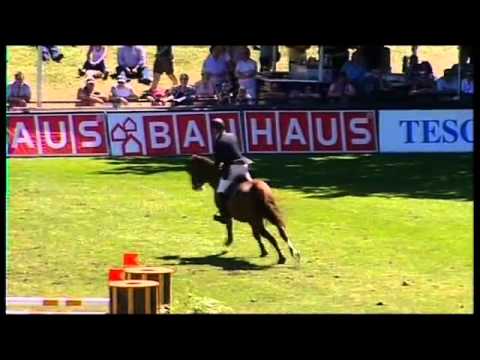 His licensed son Ludwigs As is the Oldenburger main premium award winner and victorius up to big show jumping classes.