Landor S is bolstering his profile as a top sire of international sport horses.

Before retiring from the show ring, Landor S was an outstanding sport horse. He was "Bundeschampion" of 6-year-old jumpers in 1997 and was later named Oldenburg "Sire of the Year" and victorious in show jumping classes up to 1.50m.

Though Landor S himself was a talented jumper, his greatest legacy is that of his offspring. There are countless numbers of extremely talented horses from Landor S and he has proven time and time again that he is capable of producing champions.

Half brother Coulthard was the silver medal winner of the Olympic Games in Hong Kong.

From the dam line comes the state premium mare Lady Heida I by Landor S (shortlisted at the Elite Mare Show of Rastede and winner of the National Mare Show at Neustadt/Dosse in 2002) and her full-sister Lady Heida II by Landor S, who received a 10.0 for her free jumping at the mare performance test. The successful jumping horses in S-class from this dam line include Lobster by Landor S (international 1.55 m with Sören Pedersen/Denmark), Lavanda by Lycos (international competitions with Apostal Tenev/Bulgaria), Balouba by Baloubet du Rouet (international 1.50 m with Hendrik Sosath), Lady Lordana by Lordanos (also 1.50 m successful with Hendrik Sosath) and Cadora by Catoki (1.50 m with Gerd and Hendrik Sosath). 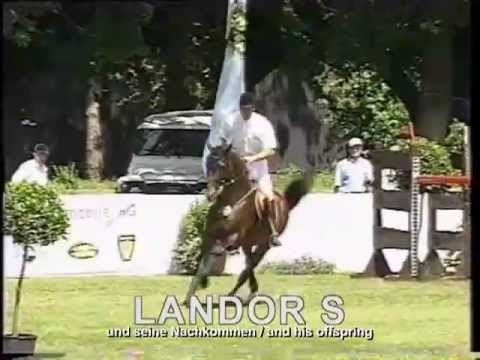 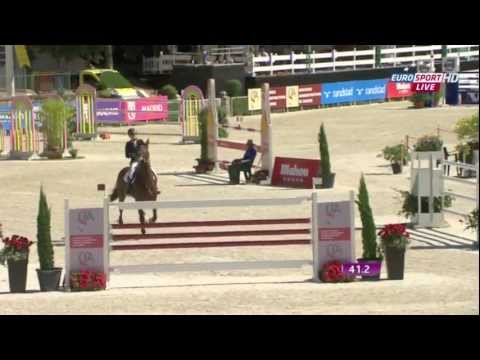 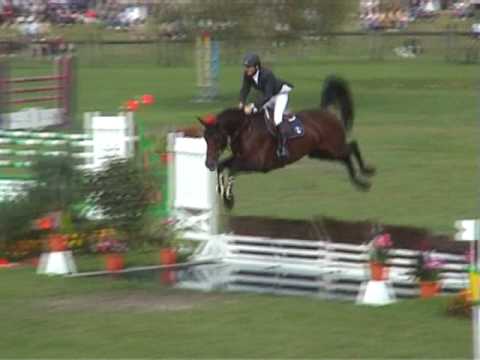 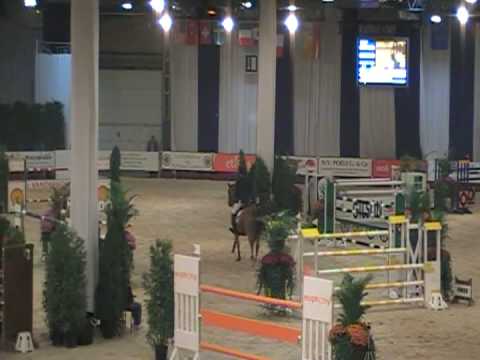 His descendants have already won more than 1.9 Million Euros in Germany.

The internationally designed WBFSH list of the top sires in the world showed that Landor S is the best Oldenburger sire (2010, 2011 and 2012)!

More than 140 horses are successful in the big sport in Germany. There are many more worldwide. Blue Loyd and Cian O'Connor won the bronze medal at Olympic Games in London 2012. Leoville and Philipp Weishaupt won the Global Champions Tour at Monte Carlo. Nael Nassar won the $1Mil-Grand-Prix at Zoetis, New York with Lordan by Lordanos - Landor S (breeder: Gerd Sosath).

They won international Grand Prix, were present at major championships and placed in World Cup competitions. Many offspring are also very successful with amateur riders and bring them championships in show jumping, dressage and eventing. The multiple talent of Landor S' children was shown when Le Carré (Kai Rüder) became "Bundeschampion" of the 6-year-old eventing horses.

Landor S has produced more than 40 licensed sons so far. Twice the young stallion champion of OS was by Landor S,  his son Lauterbach became runner-up of the Oldenburger jumpers in 2004 and 2006.
His daughter Lady Heida was the 2002 German Champion Mare with emphasis on jumping.

Gerd Sosath: "Landor S produces noble horses and he is very compatible to solid mares which need a bit more "blood" and elegance. His descendants are very intelligent and careful at the fence with best technique."