He won his first shows with marks up to 9.0. At the County Championship, he became second and fifth.

He has a very good character and is always willing to work, learn and perform.

At his 30-days-test in 2012, he scored a 9.0 for his canter, his ridability, his character/temperament and his willingness to perform. He received a 8.5 for his exterior and a 8.0 for his walk and trot.

Sire Krack C won the PAVO-Cup (equivalent of the Bundeschampionat) dressage in 1996 and 1997. He received the highest marks for his rideability at the stallion performance test at Ermelo. Further, he was a victorious Grand Prix horse under Anky van Grunsven and participated in the World Championship in Jerez 2002. He was the best dressage stallion at the international stallion show at Zwolle 2005.

Our top sire and Stallion Champion Stedinger is the dam sire of this young prospect.

The grand dam Diva Primera is a full sister of the great sire Dimaggio, the World Champion of the Young Dressage Horses 2000. Furthermore, he was Junior Champion as a four- and five-year-old in Great Britain. Another full sister of Dimaggio and Diva Primera, Dimaggia, produced the licensed stallion Louis Ferdinand.

World Cup I was the winner of the performance test. He became "DLG"-runner-up-champion twice and was Hanoverian stallion of the year in 1997. Additionaly, he produced the foundation sire Weltmeyer, who sired more than 110 licensed stallions himself.

Oldenburg, other breeding associations on demand 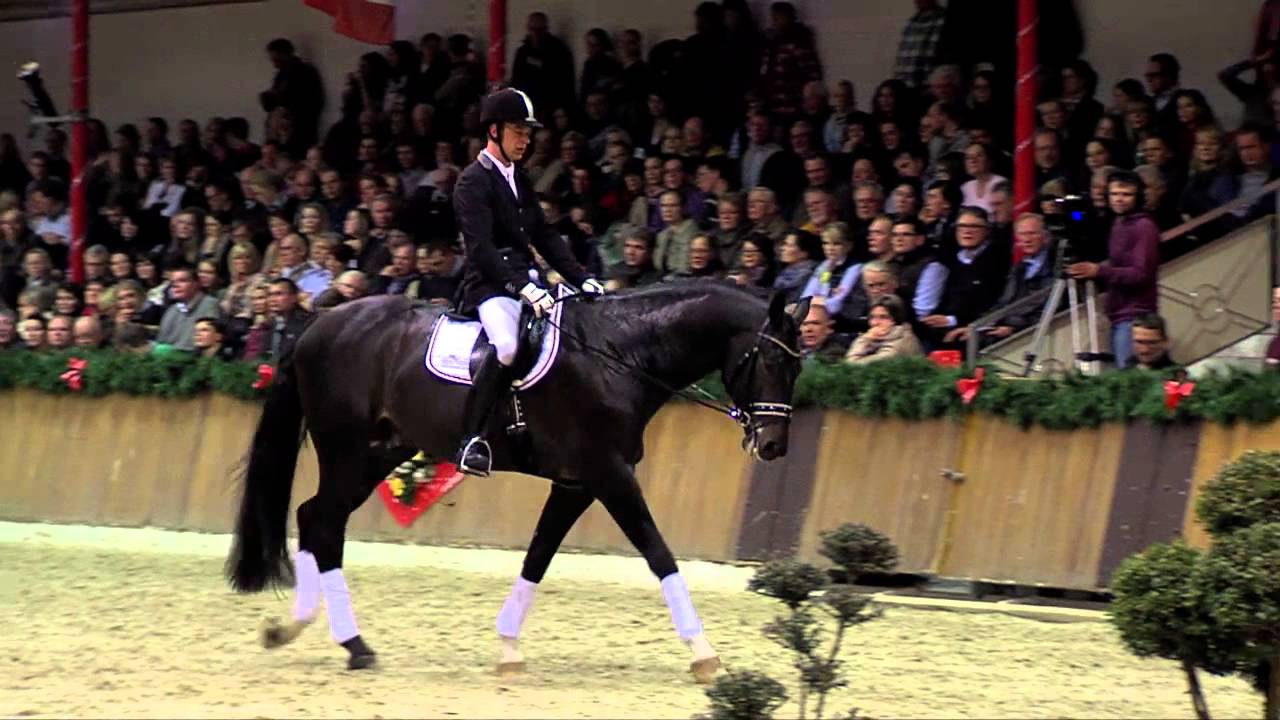 One of his first foals won the qualification to the German foal champinships in 2013.