Olympic Fire was the brilliant Young Stallion Champion at the Brandenburg-Anhalt main licensing in Neustadt/Dosse in 2007.

He dominated in each of his presentations, with a very energetic take-off and carefulness over the fences. He has a relaxed body and mind, but carries plenty of impulsion to produce excellent free jumping. His enormous talent is combined with an ideal technique and an optimal bascule.

Olympic Fire finished the 30-days-test in Neustadt/Dosse with excellent marks for his jumping abilities (9.38). The technique and the scope were valued with 9.25 and 9.50, respectively. In total, he received the mark 8.28.

Granddam Olinda produced the licensed stallion Wamberto by Rousseau, the 2006 KWPN Champion Stallion who won his 100-days-test in 2007 with a score of 158.78 (25 points higher than the runner up stallion).

Sire Odermus R is an international successful show jumper, who was bred in the Netherlands with a Holsteiner pedigree of Calido I - Ramiro - Joost - Abgar xx - Rigoletto.

The dam's sire C-Indoctro I and, further back, Voltaire have influenced breeding and sport around the world from their stations in the Netherlands. 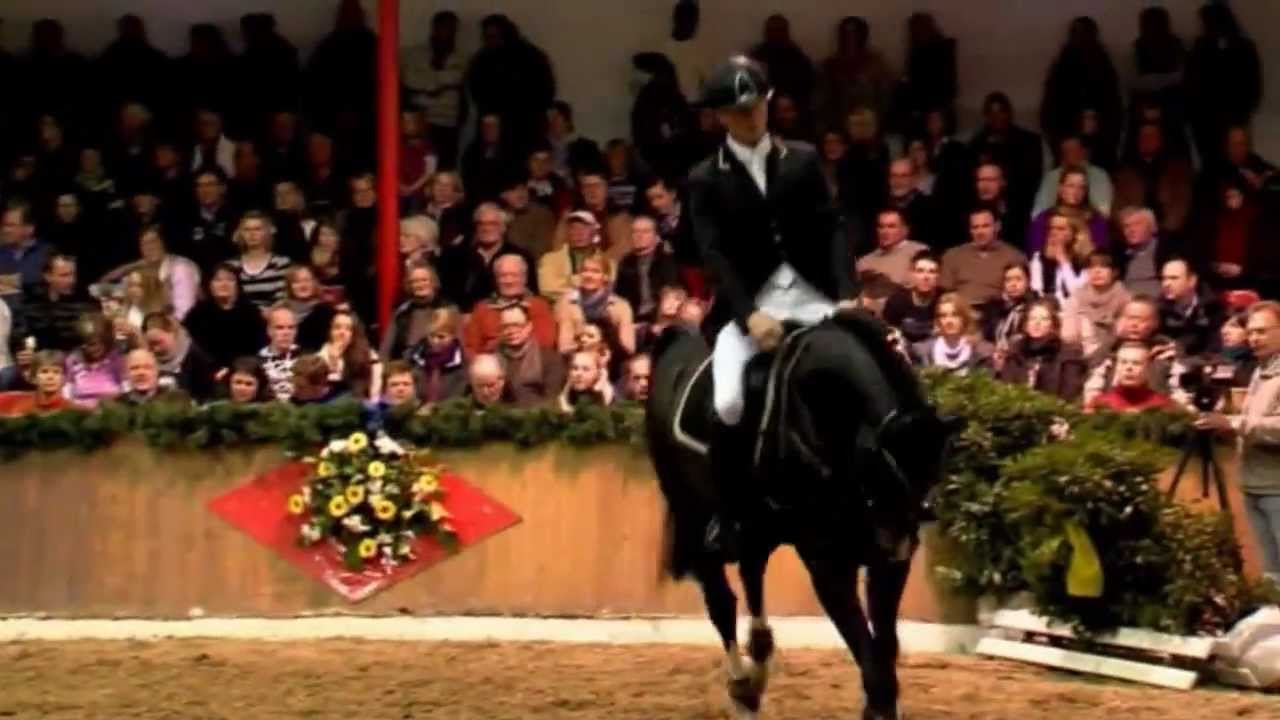 Olympic Fire gave a promising opening in breeding. The runner-up at the first "Lemwerderaner Fohlenchampionat" was a son of Olympic Fire out of a dam by Carthago. This stallion was licensed in 2011.

Furthermore Olympic Fire was father of the foal champion of Saxony in 2010.