This athletic youngster by Lord Argentinus was licensed at the Hanoverian main licensing in Verden.

Lyon is a modern thoroughbred-type with exceptional reflexes and scope over the fences.

He convinced the judges at the 14-days-test and passed as overall winner with a mark of 8.35. Lyon received a 9.0 as his final jumping score, the free jumping was awarded with 9.5. His character was also described as "very good".

Lyon won and was placed in youngster classes on A* and A**- level in his first season of competing. In the final of the Hanoverian Jumping Horse Championships for 4-year-old horses he finished on the sixth position.

Sire Lord Argentinus is victorious in international competitions with Thomas Heineking. As a five-year-old, he won several qualifications for the "Bundeschampionat" with outstanding marks up to 9.0 and was runner-up of the five-year-olds at the Oldenburg County Championship in Rastede. Next to his fifth place at the "Bundeschampionat" final of the six-year-olds, he showed his great ability at the World Breeding Jumping Championships for Young Horses in Lanaken (BEL). As a youngster, he was placed in many 1.40 m classes. Today, he is victorious in Grand Prix.

The dam sire Lex Lugar by  Lordanos won the Hamburg Derby in 2010 and was placed second and third at this worlds most difficult jumping show in the following years. After many further international victories and placing, he was awarded VTV-stallion (Oldenburg stallion of the year).

The granddam, state premium mare Cleo, is still highly successful in 1.50 m classes. She won the Grand Prix of Salzkotten with Laura Rochell in 2016.

The great-grand sire Couleur-Rubin was successful in the international sport with Ludger Beerbaum, they won Grands Prix and Nation Cups. At his licensing, he was awarded premium stallion, and in 2001, he became runner-up at the "Bundeschampionat". In the following year, he was placed again in the final of Warendorf and became VTV-stallion.

Lyon comes from the Hanoverian dam line of Isolde, that, for example, produced the international jumper Babou by Balou du Rouet (Andrius Petrovas/LTU) and County by Cassini II (Felix Hassmann/GER).

Lyon in a youngster class at Vlotho-Exter (8.3) 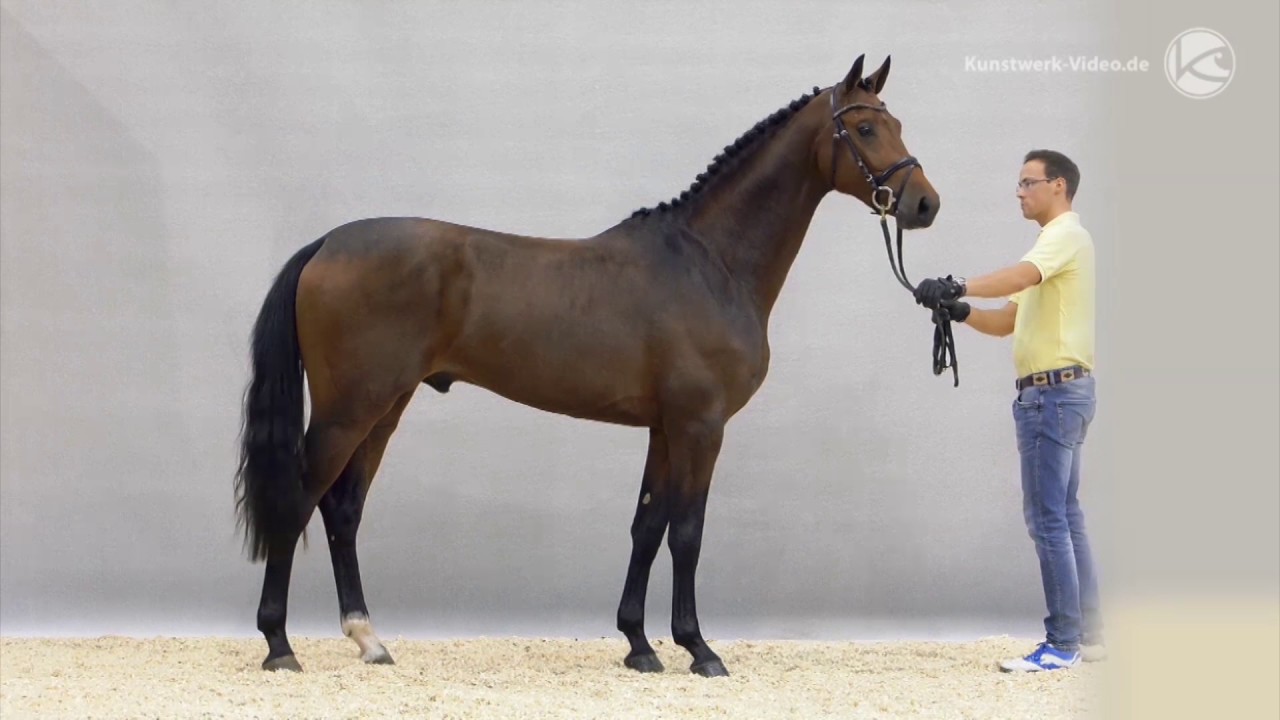 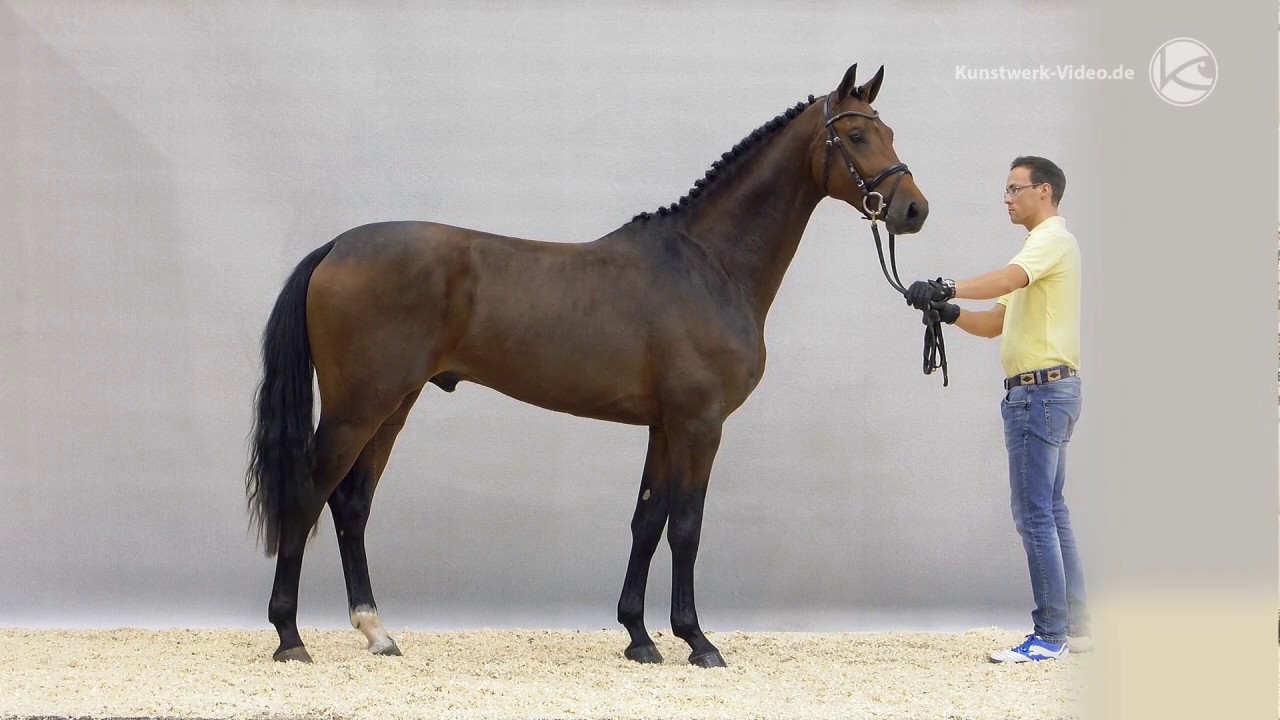 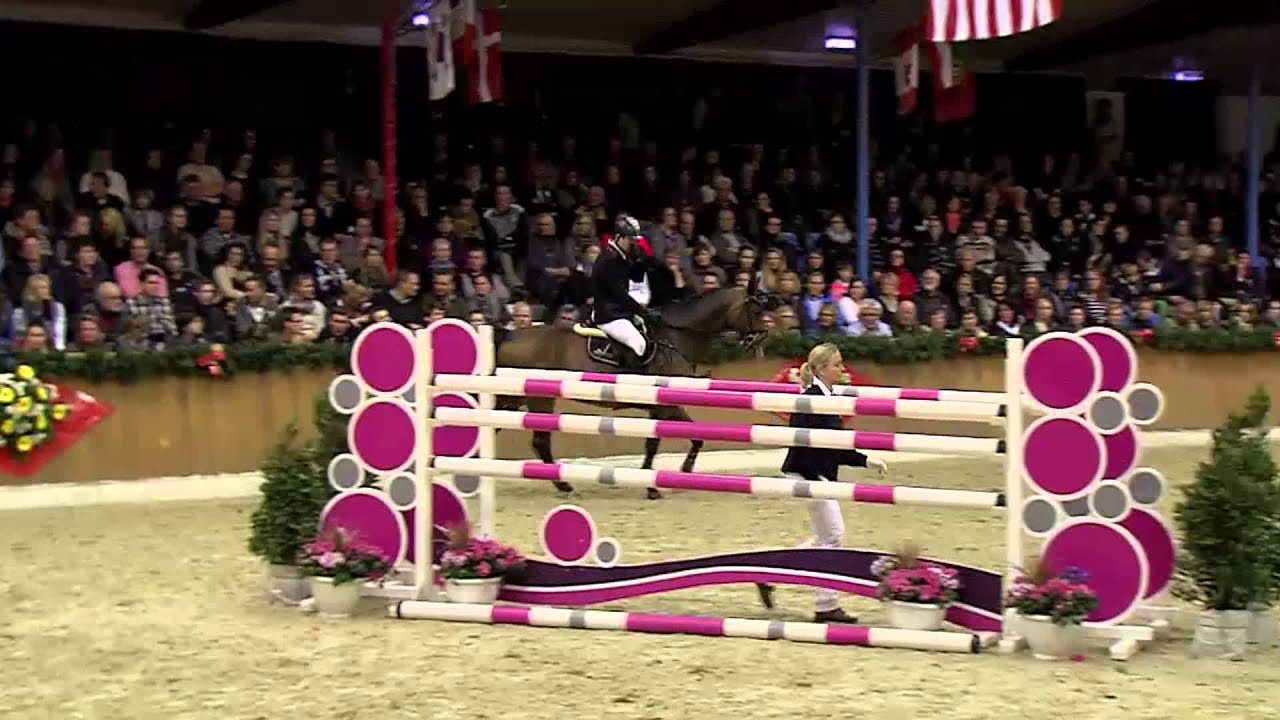 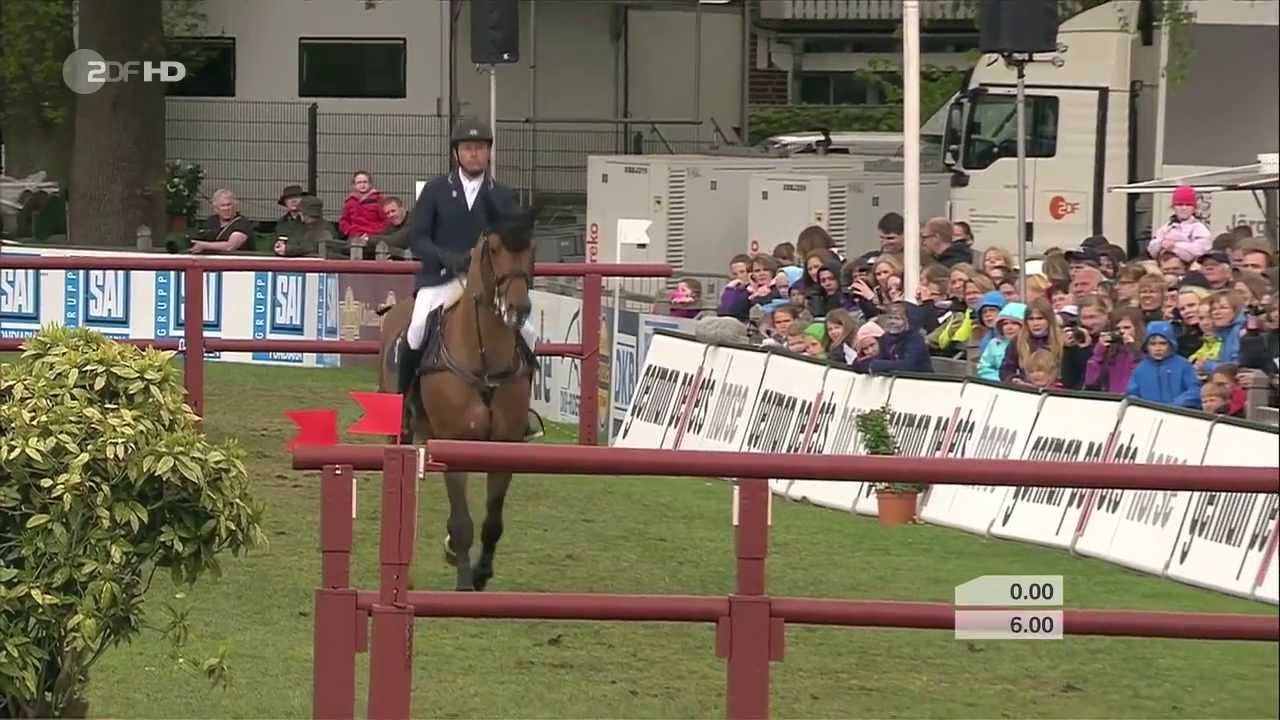 2017 will be Lyon's first breeding season.