The premium stallion Franziskus impressed the spectators at the Westphalian licensing in 2010. He has a brilliant type and a great frame, as well as harmonious and correct confirmation.

His basic gaits are nearly perfect: he walks with diligence and rhythm, he trots with impulsion and he canters uphill.

It was clear from the beginning that Franziskus was a talented horse. As a foal, he impressed people with his outstanding movement and character and won the qualification for the German foal-championships. In 2011, Franziskus successfully completed the 30-days-test in Münster-Handorf: he received a score of 9.0 for trot, canter and ridabilty in the training, and a 9.5 for his character. The test rider gave him 9.5 points for ridability.

Continuing his life of success, Franziskus soon became Bundeschampion of the 4-year-old riding stallions with top marks when he was presented  by both his own and by foreign riders in 2012. The Olympic rider Ingrid Klimke  began riding Franziskus in the end of 2013 and was victorious with him in his first dressage class for youngsters at "M-level" (the highest class 6-year-olds can compete in Germany). In the beginning of 2015, Franzikus started in his first "S-dressage" and was placed.

Franziskus' sire Fidertanz began his career by winning the Westphalian licensing and the 30-days-test in Neustadt/Dosse.

He was runner up at the "Bundeschampionat" and was the main premium award winner in 2006. Since then, Fidertanz has placed in many advanced dressage classes.

His dam, Antara, has also produced the licensed stallion Dementi, who is successful in advanced dressage competitions as well.

His Dam's sire, Alabaster, was "Bundeschampion" of young dressage horses.

In the third and fourth generation, there are the international sport horses, and important stallions, Rubinstein I and Grundstein I.

The basis of the dam line is the Irish thoroughbred mare Daffy Toban xx (by Go Tobann xx-Mustang xx, family 2). That line produced the sires Count on Me, Grafenstein and Winston hervor, as well as the international sport horses Grand Giraud (Alexandra Simons-de Ridder) and Calman, who won the Grand Prix of Nörten-Hardenberg with Rolf Moormann. 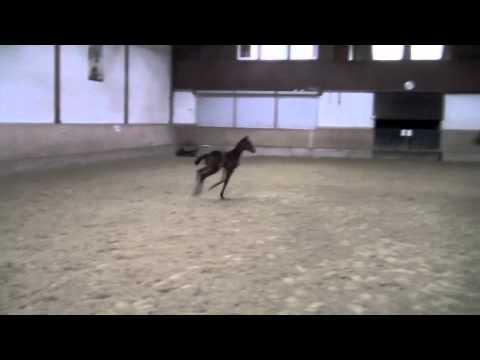 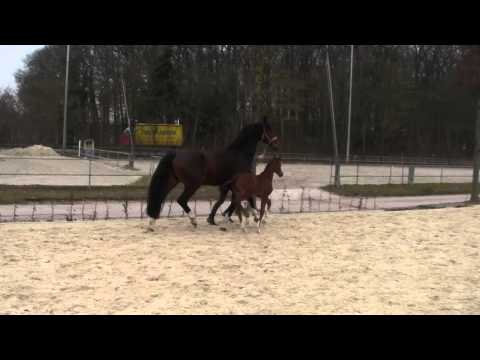 Franziskus produced beautiful foals which have been sucessful from the beginning. Several of them were qualified for the German Foal Championships. In 2012, one of his sons became German Foal-Champion.