His outstanding movements, pedigree, and type, as well as his extraordinarily impressive walk made Double Hit a shooting star as a foal; he became the highest priced foal at the Elite Auction in 2015. This optimally developed youngster with great gender expression presents himself with an unbeatable character and a great attituted towards work.
In 2018 Double Hit started for the first time in a riding horse class in which he was directly placed.

Dam Sire Sandro Hit - "Bundeschampion" and World Champion of 6-year-old dressage horses - has became a foundation sire in his lifetime, bringing more than 180 licensed stallions so far and, in Germany alone, more than 160 horses that are successful in the big arena. In 2016, he sired several participants of the Olympic Games, among them Showtime (Dorothee Schneider) and Jimmy Choo SEQ (Mads Hendeliowitz). Sandro Hit is placed second in the WBFSH ranking of the best dressage sires worldwide.

From this line comes Weltbube by Weltruhm, successful up to Intermediate I with Julia Marrancone, Atom by Amani, successful in 1,60m-jumping classes with Marcus Ehning, as well as the licensed and successful stallions Tiberias by Titus, Don Dario by Don Gregory and Quality Touch by Quality. 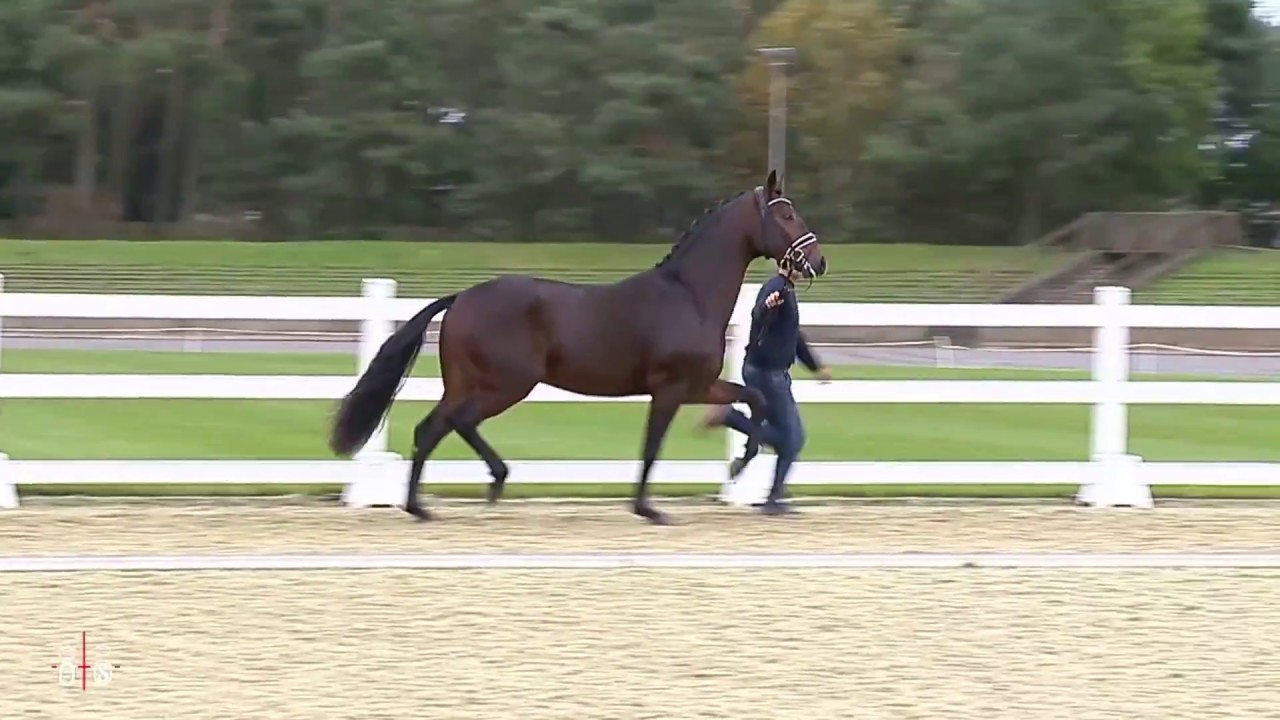 Double Hit as a foal.